Our species has been banding together to fight the outsider since we lived in caves. We stand against the lawless, the invaders and the monsters, and we're proud to do it. But you have to remember one thing: nobody in the history of conflict ever saw himself as a monster. Everyone believes they're the hero of their own story. If you can't understand that - if you can't stand in the enemy's shoes, even for a second, and ask yourself why he thinks he needs to kill you - then you don't know what it means to be a soldier.

Aden Tanner was an Admiral in the Federal Navy, the Chief of Federal Security, and the Chief Military Liaison for Aegis. A seasoned and internationally respected military leader with over four decades of experience in the Federal Navy, Tanner was appointed Chief of Federal Security on April 7, 3303 ostensibly to investigate Thargoid activity, a move which prompted media outlets to nickname him "the alien tsar".[2] Tanner was subsequently appointed Chief Military Liaison for the multinational anti-Thargoid research organization Aegis on August 19, 3303,[3] making him the leading human military authority in the Second Thargoid War.

In November 3307, Tanner commandeered the Aegis Defense megaship Musashi and led an attack on Hind Mine in T Tauri, the headquarters of Taurus Mining Ventures, a corporation under contract with the mysterious Salvation. In carrying out the illegal attack, Tanner claimed that Hind Mine contained evidence that Salvation's new anti-xeno superweapons were deliberately provoking the Thargoids and endangering human colonies. Aegis disavowed Tanner's actions and ordered him to return. Taurus Mining Ventures later routed Tanner's forces. Tanner himself was arrested and transferred into the custody of Aegis, then court-martialed by the Federal Navy Criminal Court. On January 12, 3308, Tanner was found guilty and dishonourably discharged from the Federal Navy. He is currently awaiting sentencing.

Aden Tanner was born in 3254. His father, a medical doctor, expected Aden to pursue the same profession, but he instead joined the Federal Navy on impulse with a group of friends. Although Tanner never regretted his decision, it caused a rift with his father that was left unresolved when his father died in 3277. Tanner's first months in the navy were tarnished by an irreverent and jocular attitude, and he earned the nickname "Spoony" for his habit of eating directly from food packets. Early on, Tanner was disciplined for creating a satirical newsletter that mocked several senior officers, including Sergeant Burke Hazell, who had offered encouragement to Tanner during his basic training and took the newsletter personally. This incident resulted in Tanner being labeled a potential insubordinate. It was only after Commander Myra Dunstock, Tanner's chief instructional officer, took Tanner on a tour of a refugee center that he realized the error of his ways and devoted himself wholeheartedly to his training.[1]

By 3271, Tanner had reached the rank of Chief Gunnery Officer, and was serving aboard the Farragut-Class Battle Cruiser FDN Autolycus under the command of Captain Jaiden Horne when the vessel was deployed to reclaim Coldharbour Station following its occupation by rebels. Although Captain Horne was ordered to only monitor the station while awaiting reinforcements, Horne became convinced that a rebel attack was imminent when communications were lost with the station and began displaying increasingly erratic behavior. When a group of civilian ships attempted to leave the station, Horne assumed they were going to ram the Autolycus and order Tanner to shoot them down. Tanner refused and was thrown in the brig for mutiny, while the civilian ships escaped the system unscathed.[1]

Tanner's antics during his training came back to haunt him, as Horne cited them as evidence of rebellious behavior when Tanner was court-martialed for the "Autolycus Mutiny". However, Horne's state of mind became the focus of the trial after it emerged that the escaping ships had been carrying evacuees and communications with Coldharbour Station had been secretly cut by Horne himself; Horne committed suicide, and it was later found that he had been experiencing drug-induced psychosis during the incident on the Autolycus. Tanner was cleared of all charges and received a commendation for his actions from Federal President Antonia Madison.[1]

Afterwards, Tanner's naval career flourished. He was eventually promoted to Admiral in the Federal Navy and earned a reputation for level-headedness and staying cool under pressure. He also became a close personal friend of Federal President Zachary Hudson, who appointed him to the newly-created position of Chief of Federal Security, also called the Federation's "alien tsar", on April 7, 3303 in light of the escalating conflict with the recently-returned Thargoids. When the Federation, Empire, and Alliance banded together later that year to create Aegis, a multinational research organization dedicated to understanding the Thargoids and developing the technology to counter them, Tanner was selected as Aegis's Chief Military Liaison and took charge of coordinating the three superpowers' military defenses against the alien threat.

In 3307, the disappearance of the Aegis Research megaship Alexandria spurred a wide-ranging independent inquiry into Aegis to investigate possible incompetence and misconduct. Aegis was partially suspended for the duration of the inquiry, and Admiral Tanner's civilian counterpart, Professor Alba Tesreau, was forced to resign on August 11, 3307, leaving Tanner the de facto head of the organisation. As Thargoid attacks continued and the mysterious Salvation began experimenting with a new anti-xeno superweapon that seemingly repelled an incursion in the Cornsar system, Tanner began expressing frustration with the restrictions put in place by Dr. Paul Baumann's board of inquiry, and he also became suspicious of Salvation's motives.

On November 5, Tanner commandeered the Aegis Defense megaship Musashi and jumped it to the T Tauri system to conduct an unauthorised search of Hind Mine, the headquarters of Salvation's allies, Taurus Mining Ventures. Tanner claimed to have intel that Hind Mine concealed evidence that Salvation was using his new anti-xeno inventions to deliberately provoke the Thargoids and endanger human colonies. Aegis and Taurus Mining Ventures spokesperson Patience Middleton condemned Tanner's actions as illegal and unwarranted, but Tanner and his renegade Aegis crew disobeyed orders from Aegis leadership to depart T Tauri and launched a military strike against the mining corporation's forces on November 11. Supporters of Salvation flocked to Taurus Mining Ventures' aid, however, and by November 18, Tanner's gamble to expose Salvation's alleged wrongdoings had failed. The Musashi was seized, and Tanner himself was detained and turned over to Aegis for disciplinary action. The Federal Navy announced on November 29 that Tanner had been charged with mutiny and unlawful military action, and would soon be court-martialed.

On January 5, 3308, as the court martial was underway, Tanner's defence attorney called on the Engineer and Guardian expert Ram Tah as a witness. Ram Tah testified that based on an analysis of the Classified Experimental Equipment used to construct Salvation's superweapon, the components and design of the superweapon were Guardian in origin, and bore similarities to devices found at the Proteus site in Trapezium Sector YU-X c1-2. He further explained that Salvation's superweapon likely emitted a star system-wide electromagnetic pulse at a specific frequency to disrupt Thargoid vessels, and the presence of Guardian technology in each superweapon was why Thargoids flocked to systems where the devices were present in overwhelming numbers. The Federal Navy Criminal Court suspended Tanner's trial while it examined this new evidence.[4]

This unexpected development failed to rescue Tanner from disgrace, however, as a week later on January 12, he was found guilty and given a dishonourable discharge from the Federal Navy. Tanner's sentencing hearing was postponed at the request of Fleet Admiral Tayo Maikori, the newly-promoted head of the Federal Navy, who ordered a full review of Ram Tah's findings.[5] 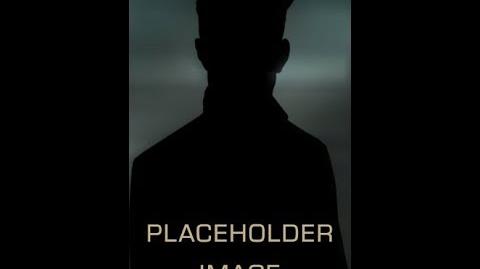