A modified version of the Alliance Chieftain, the Alliance Challenger has been envisaged as a frontline combat vessel. With a generous complement of hardpoints, the Challenger can more than hold its own in a fight, and although it weighs more than its sister ship, it has retained the Chieftain's characteristic agility. It also has stronger armour than the Chieftain, allowing it to soak up a significant amount of punishment.

The Alliance Challenger is a ship manufactured by Lakon Spaceways for the Alliance. Like the Alliance Crusader, it is a variant of the Alliance Chieftain, and was designed in response to the encroaching Thargoid threat.[1] Capitalizing on the Chieftain's strengths, the Challenger boasts enhanced specifications in the form of additional weapon hardpoints and more durable armour without making significant alterations to manoeuvrability.[2]

For owners of the Alliance Chieftain looking for a similar ship with added firepower and durability, the Alliance Challenger delivers. The Challenger trades one Class 3 hardpoint for two additional Class 2 hardpoints, increasing its overall damage output in combat. It also retains the same manoeuvrability of the Chieftain, letting it keep its hardpoints on target and dodge fire. Its true power comes from its increased shield and armour health, which when combined with its mobility lets the Challenger become a very tricky ship to take down. Its extra Class 6 internal compartment lets it bring along a much larger Shield Cell Bank, which significantly boosts the power of its defences. This does come at a minor cost to speed, but once A-rated, the difference between challenger and Chieftain is around 15m/s, which will be even smaller with engineering. Base manoeuvrability is identical, though pitch and yaw speeds are slightly lower. The Challenger is more than capable of taking down any other medium ship, and even large ships like Anaconda are easy to defeat due to its high mobility and damage output. These traits also make it a strong choice for hunting Thargoid ships.

The Challenger has an increased cargo capacity of 154t over the Chieftain's 122t. This makes the Challenger an adequate trader and Pirate as it is only outdone by the Federal Gunship, Krait MkII, Krait Phantom and Python for medium ship cargo capacity. It can also make a very good miner, as it has enough hardpoints for all Mining tools and decent cargo space. Its high hull strength and military compartments means it can easily defend itself without its shield as well.

The only real downside to the ship, other than the higher cost compared to the Chieftain, is its jump range, which is just under 24 LYs before engineering. As the Challenger is best suited for hull tanking, its jump range will only drop lower when outfitting it with armor, which can make traveling to relatively distant battle sites somewhat of a slog.

The Challenger's hardpoints are arranged almost identically to the Chieftain, albeit it exchanges the top-most Class 3 hardpoint for two Class 2 hardpoints that are located directly behind the forward landing gear. Utility slots are well-distributed and have minimal obstructions, with two on top roughly in the middle of the craft, and two on the underside slightly further back. Like the Chieftain, the Challenger has a second seat for Multicrew.

Although the Challenger's upgrades come with a higher purchase price than the Chieftain, it is still substantially cheaper than a number of other medium vessels, such as the Federal Gunship, Krait MkII, Python, and Fer-de-Lance, while still being able to take on each of those ships in a firefight.

The Alliance Challenger is most commonly available in Alliance systems. Despite its name and affiliation, it requires no rank or reputation with the Alliance to purchase.

All ships are highly customisable through the Outfitting menu of Station Services. Listed below is the default load-out for the Alliance Challenger. 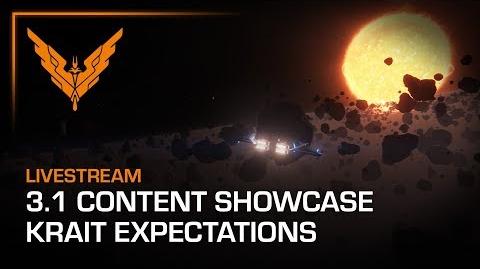 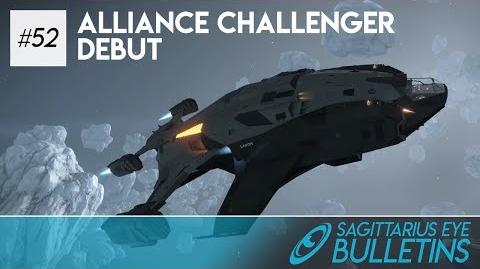