An Ammonia World is a type of planet with a surface covered in ammonia lakes or oceans and an atmosphere with ammonia clouds. It appears dark brown due to high amounts of dissolved alkaline earth metals. The terrain is dark as well with dark or black vegetation.

The climate of an Ammonia World has ammonia instead of water vapor on Earth. This means rain and snow is all ammonia based. It is much colder on an Ammonia World with mean temperatures of −150°F, −115°C. The atmosphere has primarily nitrogen (N2) and oxygen (O2) with ammonia (NH3) and a small amount of carbon dioxide (CO2).

Life can exist on Ammonia Worlds. It would need to withstand extreme cold temperatures and use ammonia as a solvent rather than water on Earth. Plants could use photosynthesis from light of a star or chemosynthesis.

It is rumored that Thargoids originate from Ammonia Worlds. This means they are acclimatised to much colder temperatures than humans.[1]

In 3306, Sirius Atmospherics, a division of Sirius Corporation, announced it had developed revolutionary new terraforming techniques tailored to Ammonia Worlds. Project lead Dr. Maximilian North began testing these procedures on Ammonia Worlds in the Coalsack Nebula as part of Sirius Atmospherics' partnership with the Alliance to colonise and exploit the region, but found that simulations had overestimated the effectiveness of the procedures and converting ammonia-based atmospheres would take longer than expected.[2][3][4] 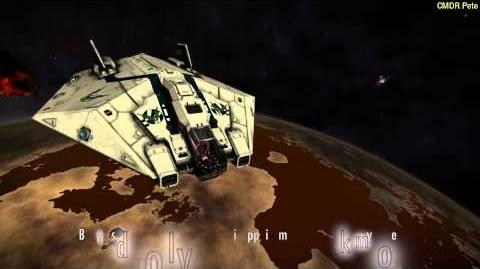