These terminals were used to store schematics for weapons and other sophisticated technologies. They are linked to energy pylons, scattered across Guardian sites, by some form of computer program. Of course, this system has been dormant for millennia. But targeting the pylons with an energy weapon will increase the change within. Essentially, we can awaken the system.

The Ancient Data Terminal is a data storage device built by the Guardians and found at Guardian Structures.

In order to gain access to the data stored within an Ancient Data Terminal, the Terminal must first be powered up. This is achieved using Energy Pylons around the site; there are six Pylons in total: two adjacent to the Terminal itself, and four more scattered around the site. Pylons can only be raised by driving an SRV up to them, and the two pylons adjacent to the Terminal must be raised before any of the others can be raised. It is generally recommended to raise all six pylons before attempting to charge them all.

Note that raising/charging pylons and unlocking the Terminal will activate hidden defenders - ancient Guardian Sentinels - that will attempt to defend the site from intruders. Small sites are guarded by at least 6 Sentinels (3 will emerge whilst raising Pylons, 1 after all have been charged, and 2 after the Terminal has been unlocked), whilst up to 12 have been encountered at Larger sites.

Pylons are charged simply by shooting the glowing core with either SRV or ship-mounted weaponry; the more damage the weapon does, the faster it'll charge the Pylon. Starting to charge any Pylon at the site begins a countdown timer (displayed at the top of the HUD) and all six pylons must be fully charged within the time limit to fully activate the Terminal. A Pylon's charge status is indicated by a rising pillar of blue material within its core; when it is fully charged, it will emit a blue beam directly into the sky and make a distinctive noise, and a message will appear on the top right display indicating how many pylons have been charged.

For large sites, see Guardian Beacon for a list of known Beacons and their associated Ground Sites/Terminals. 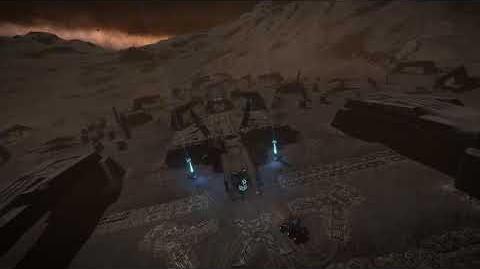 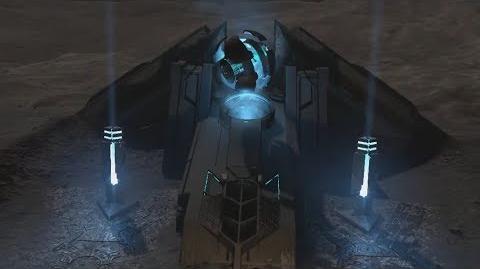 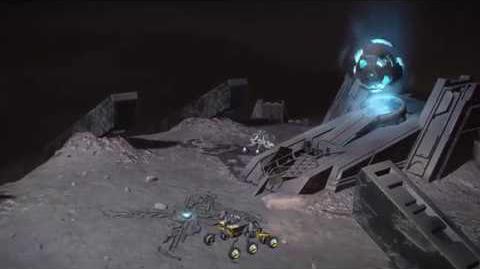