Despite their name, these organic structures more closely resemble the shells of sea urchins.

Anemones are a species of Fungal Life that have been found on the surfaces of airless planets and moons across the galaxy. They resemble giant Earth-like pumpkins, and were originally nicknamed "Space Pumpkins" by explorers. They can tolerate a wide range of temperatures, and are able to absorb energy from nearby stars.

Since 3302, Anemones had been known to exist at only one location, outside Mahon Research Base on planet 6 C in HIP 18077 in the California Nebula.[1] This changed with the distribution of improved exploration tools on December 12, 3304, and more variations and sites have since been found.

There are eight known types of Anemone:

Anemones have been found at the following locations. 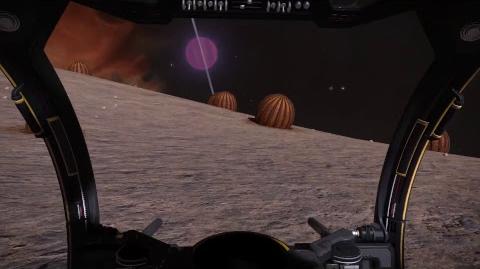 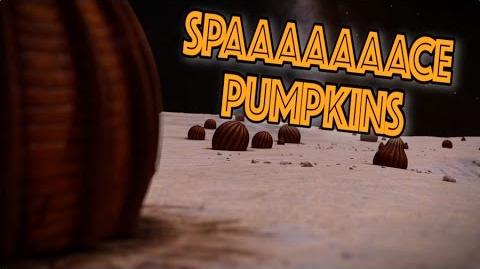 A field of Anemones

An SRV compared to an Anemone

Anemones and an Asp Explorer

Anemone and an SRV

Anemones and an SRV

Anemones and a planetary ring

Anemone bioluminescence under the stars

An Anemone in view of a ringed body 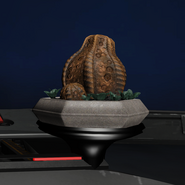 A small, potted Anemone used as a cockpit decoration