This versatile vessel uses the same frame as its sister ship the Asp Explorer, but is more manoeuvrable due to having less overall mass. The trade-off for this agility is a lower hardpoint capacity, which makes the Scout less suited to combat situations. But with the same jump range as the Explorer, the Scout still has something to offer the pioneer.

The Asp Scout is a ship manufactured by Lakon Spaceways. It is a lighter and cheaper variant of the Asp Explorer, and was designed to fill a similar niche with respect to the Asp Explorer as the Diamondback Scout filled for the Diamondback Explorer.[1] Although the Asp Scout remains a relatively versatile ship and can be tailored for any role with moderate success, there is a consensus among pilots that its price is too high for its limited capabilities, especially given that its beloved predecessor is not prohibitively more expensive. Nonetheless, the Asp Scout has developed a small, enduring base of supporters who defend its potential.

The Asp Scout follows the Asp Explorer's example as a multipurpose ship, but trades overall capability for a reduced price tag. The result is a cheaper ship that cannot perform any role particularly well, and has little to recommend it compared to the Asp Explorer.

In combat, the Scout is rather poor. It has awful shields and armour for its price range and its hardpoints are not very good; even the Cobra MkIII boasts comparable stats. The upside the ship has is its manoeuvrability, at an impressive 5 it can evade fire very easily and keep fixed mounts on targets easily. This would make it a good stealth ship, however, another glaring fault in the Scout makes this unviable; the utility mounts. With only two the ship cannot make very good use of Chaff Launchers and other utilities which are mandatory assets for Stealth fighters, making it a questionable choice compared to cheaper ships.

With only 74t of cargo capacity at most, the ship is an inefficient trader. It also boasts around the same jump range as a Type-6 Transporter and less than a Dolphin, making both much better options for trade. Even the Keelback has only slightly lower jump ranges, but greater cargo space.

As an Explorer, the Scout has a middling potential jump range of 31 ly without engineering. This is around the same as the Type-6, Cobra MkIII and Diamondback Scout. Meanwhile, the Dolphin and Adder surpass this amount by a good margin, the Diamondback Explorer and Hauler both eclipse it, and all of the aforementioned ships are significantly cheaper than the Asp Scout. Combined with limited internal compartments and sizes, while the Scout certainly is not a bad explorer, its price makes it very ill-suited for specialization in that role, a marked difference from the Asp Explorer.

Overall, the Asp Scout does not quite live up to the legacy of the Asp Explorer and fails to excel in any field. However, its sole advantage is the general lack of multi-purpose ships in the price range. The Scout can be a good option for a commander looking for a ship that can do everything and finds the Keelback's low manoeuverability unappealing.

The weapon hardpoints are located as follows: one Class 2 hardpoint on either side of the cockpit, and two Class 1 hardpoints directly underneath the cockpit. The ship has two pilot seats and is Multicrew compatible. Compared the Asp Explorer's design, the Asp Scout has a single centerline grouping of engines instead of the twin offset engine mountings of the Explorer, and the Scout is also shorter and wider than the original.

All ships are highly customisable through the Outfitting menu of Station Services. Listed below is the default load-out for the Asp Scout. 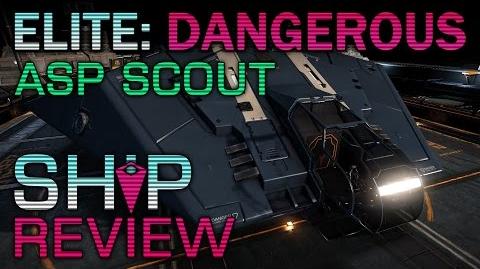 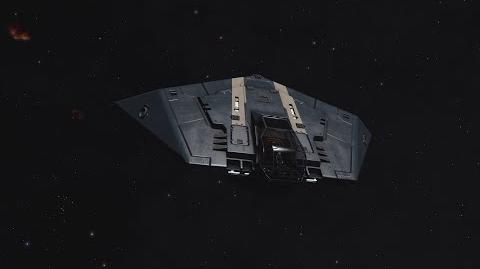