Elite Dangerous: Horizons added Planetary Landings to Elite Dangerous, allowing players to land on airless planets and moons with their ships and explore them via Surface Recon Vehicles and later Ship-Launched Fighters. While this opened up a vast new area of exploration and gameplay, Planetary Landings notably excluded all bodies with any type of atmosphere, or "Atmospheric Landings" on Terrestrial Planets, Metal-Rich Bodies, Ammonia Worlds, Water Worlds, and Gas Giants.

On June 3, 2020, Frontier Developments announced Elite Dangerous: Odyssey, and the pre-alpha trailer confirmed that Atmospheric Landings would be one of its key features. Currently, the extent of Atmospheric Landings has not been clarified. Based on the trailer, at minimum players can expect to be able to land on and explore terrestrial bodies that have atmospheres, but it is unknown if this will include bodies with surface water or a biosphere.[1]

The Odyssey expansion adds planets with tenuous atmospheres. Tenuous atmospheres are described as "characterized by a collisionless gas with exobase at the surface."[2] and "an atmosphere so thin that its few atoms or molecules are unlikely to collide with one another"[3] [Tenuous atmospheres] are produced by a wide variety of physical processes, including sublimation, sputtering (by both photons and charged particles), micrometeroid bombardment, geyers and volcanoes.[2]

Tenuous atmospheres are fairly common in the Sol system. Such as Mercury and the Moon, the Galilean satellites (Ganymede, Europa, Callisto, Io), the small satellite of Saturn called Enceladus, the dwarf planet Pluto, and Neptune’s satellite Triton.[4]

On December 14, 2012, David Braben explained the development plan “What I want to see down on the planet is interesting things, cityscapes, even animals, live trees, being a big game hunter. All of the things that we’ve been very ,very excited about for a long time, we want to be able to realize. The amount of work required to create those things is so huge we want to do it properly. What’s really important is we do each of these things really well. So that sort of thing won’t be included on day one. We don’t want it to be a dull experience where you just go down, you get essentially exactly the same experience wherever you land." “we’ve designed the game with that capability in mind going forward and at a later date we’ll gradually add more functionality to allow you to do that and the game’s richness will gradually increase."[5]

Newsletter #29 confirms that "Accessing richly detailed planetary surfaces" is part of the development plans.[6] In Newsletter #32 confirms "Major new features will include planetary landings and even walking around inside ships, stations, and planet surfaces with time."[7]

In 2016, during an AMA with David Braben, this question was asked "Is there a small team doing any preliminary work on atmosphere landings / walking (in stations etc) currently being looked at? As it is almost there for walking in station..." Braben said "Yes. We have ongoing work on planets, including atmospheres, planetary life, walking about and lots of other very exciting things for the future."[8]

On June 15, 2017, community manager Dale Emasiri said "Having spoken to our team at E3, atmospheric landings remains something we are still working towards and the whole studio, including David, is very keen to implement. We'd like to be able to give you an idea of the rough timeframe for it, but unfortunately that’s not possible at the moment - we don’t want to make potentially empty promises to you."[9]

On June 3, 2020, Frontier announced the Elite Dangerous: Odyssey expansion, which will enable landings on atmospheric planets and moons. It will be released in Q1 2021.[1] 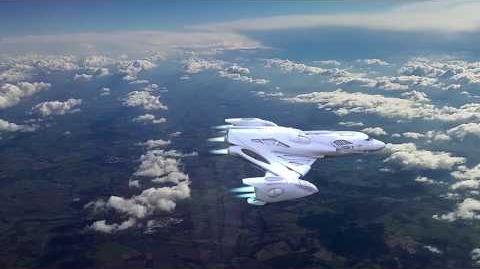 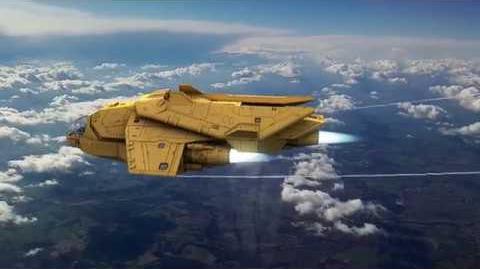 Atmospherics fanart
Add a photo to this gallery

Retrieved from "https://elite-dangerous.fandom.com/wiki/Atmospheric_Landings?oldid=134091"
Community content is available under CC-BY-SA unless otherwise noted.