On the planet of Zaonce the miserable masses slave for the planet-wide Bank of Zaonce, filling tedious hours buying stocks and shares, selling high and low like robots, receiving none of the gains they make.

The Bank of Zaonce, based out of the Zaonce system, is the most successful bank in the Milky Way galaxy, and as a result is used by all Commanders to store credits. The Bank of Zaonce also provides insurance on ships, ship modifications, and cargo.

Early in Zaonce's colonial history, in 2682, a former Federation banking executive named Herschel Derrey moved to the colony and set up a family banking business. He and his extended family spread their business around the world. In only a decade and by 2693 they had earned a reputation as a level headed and reliable financial establishment. Derrey's daughter Emily brokered a loan on an undisclosed but sizeable sum of credits to an up and coming spacecraft manufacturer named Faulcon Manspace in exchange for stock options. Six years later, when the Viper was unveiled, profit rolled in and the stock options for Faulcon Manspace suddenly became vastly profitable to her family. Buoyed by this financial victory, Derrey took over several other banking concerns on the world until his corporation was the sole financial establishment on the planet, although operating under different brands. They adopted the name Bank of Zaonce in 2718.[2]

On June 7, 3305, a senior director of the Bank of Zaonce was implicated in the illegal diversion of bank assets to the re-election campaign of Alliance President Gibson Kincaid. Kincaid was also exposed as the mastermind of a far-reaching conspiracy to establish himself as the supreme ruler of the Alliance.[3] On June 13, Kincaid was removed from office by the Alliance Assembly. Alliance Interpol apprehended him, as well as the unnamed senior Bank of Zaonce director and several other conspirators, on June 13 and charged them with treason, murder, and corruption.[4]

Bank of Zaonce Logo with text 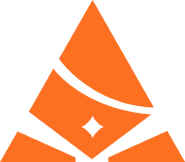