Bark Mounds are a species of Fungal Life that have been found on the surfaces of airless planets and moons across the galaxy. They resemble tall conical spires and bear various growths that can be harvested for Materials. 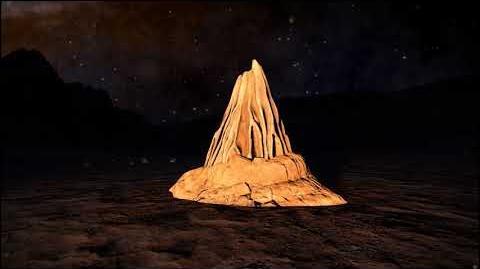 A Bark Mound at Colonia 3 C A

Bark Mounds and an SRV

A Bark Mound with a Polyporus Growth

Retrieved from "https://elite-dangerous.fandom.com/wiki/Bark_Mound?oldid=135767"
Community content is available under CC-BY-SA unless otherwise noted.