These organisms are so called because of the bullet-like shape of their shell. Despite being animals, they generate chemical energy through a process similar to photosynthesis, using their tentacles to absorb starlight.

There are five known types of Bullet Mollusc: 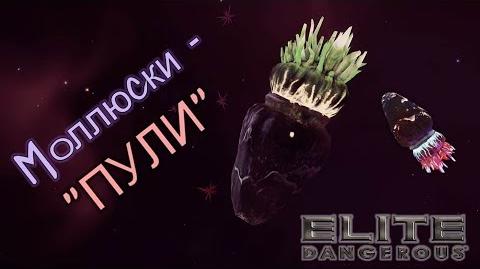