The Close Quarter Combat Championship, abbreviated as CQC or CQC Championship and sometimes referred to as Arena, is an arena combat mode in Elite Dangerous and the only game mode in the stand-alone release Elite Dangerous: Arena. It can be accessed from the main menu under Start → Arena. The Arena mode is available to anyone who owns the full base game, Elite: Dangerous.

In-universe, CQC Championship is a combat simulation made available by Utopixx Entertainment, a Federation company.[4]

CQC is mostly separate from the shared galaxy of Open Play, Private Group, and Solo Play, aside from some CQC rewards which carry over to the galaxy.

By participating in CQC matches you gain experience to rank up. The max rank is 50.[6] You also, separately, increase your Pilots Federation CQC rank.[3]

Below is a table of the experience required for each rank increase.

Below is a table of the rank Icons.

As a player ranks up they unlock more ship loadouts and alternative modules (such as weapons and armour) to customise those loadouts with. There are a variety of modules, each of which have their own pros and cons. For example, at rank 44 an Overcharged Beam Laser for Eagle Loadouts is unlocked, which works like a Beam Laser but has higher damage at the cost of an increase in heat gain.

After reaching max rank 50, a player is able to reset their ranks back to rank 1 and lose all unlocks in order to get one Prestige ranking. This Prestige rank increases the amount of credits one earns after each match and the player receives an icon next to their name in both CQC Championship and in the main game mode. Gaining a Prestige rank gives the player a permit to Attilius Orbital starport in CD-43 11917. [6]

Discount is 3%-all ships, modules and weapons.

The max prestige is 8.

In Team Deathmatch, the first team to reach 25 kills, or the team with the most kills when the timer runs out, wins. Minimum players needed is 4.[7]

In Deathmatch, the first player to get 750 points, or the player with the most kills when the timer runs out, wins. Players earn 100 points for a kill, and 50 for a kill assist. Minimum players needed is 2.[7]

In Capture the Flag, the goal is to steal the opposing teams flag and return it to your flag base. You can only capture it while your flag is present, so defending your flag is key. The first team to 3 captures wins. Minimum players needed is 4.[7]

There are three distinct icons on the scanner:

There are four power-ups available in the arenas. All the power-ups are not necessarily in every arena. They can be seen on the scanner as a grey icon. Each power-up type is differentiated by its colour, hologram icon, and the name when targeting it.

To get a power-up, one must fly through the hologram surrounded by a ring, preferably without crashing into the ring. Once you have collected a power-up, its timer ring to the right of to the Power Distributor display will show how long it will last.

Listed below is what each power-up is:

Unlike in the other game modes, line of sight is needed in order to target ships or see them on the scanner. If the target is obscured by any environmental object (asteroid, station wall, etc.) the sensors will lose lock and the message "Target Missing" will be triggered. However, should line of sight be restored, the original target will automatically be locked onto again, triggering the "Target Acquired" message. Note: you do not have to face the target to reacquire lock.

Each match has a 15 minute time limit to complete your goals and at the 10, 5 and 1 minute, and 10, 5-1 second marks a notification on the top right UI panel will display with a narrator telling the player how long is left.

If you fly out of the arena bounds, the 20-second self-destruct countdown will start. It does not overheat your ship (unlike the self-desctuct procedure triggered manually from the right-hand panel) and can be aborted by flying back into the arena.

Once your shields are down, they will start recharging, draining the energy from the SYS capacitor. Unlike the main game, shields immediately gain 90% strength when recharging is completed (as opposed to 50%).

Inside certain tunnels, there are pillars which can be destroyed by shooting at them, after which they explode, allowing clear access through the tunnel.

On 13 November 2015, Frontier Developments announced the first CQC tournament. Qualifying heats started in early 2016. There were separate tournaments for PC and Xbox One, with a prize pot of $15,000 USD split between them ($7,500 USD prize pot for each final).[11] 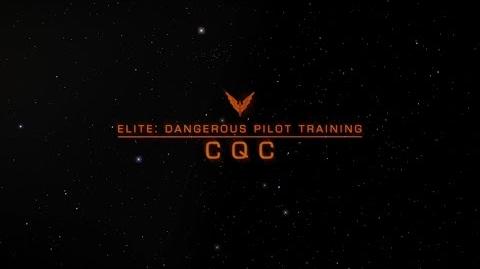 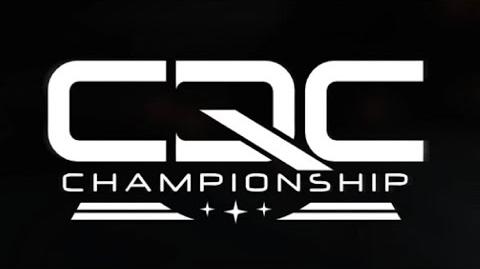 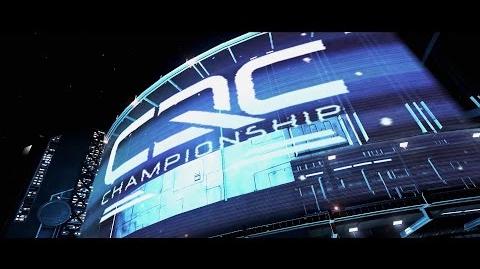 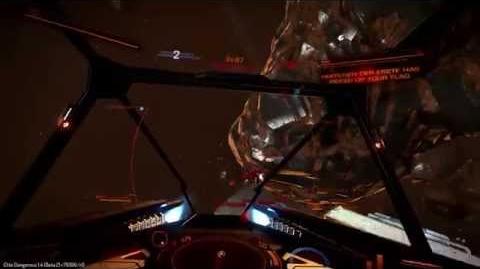 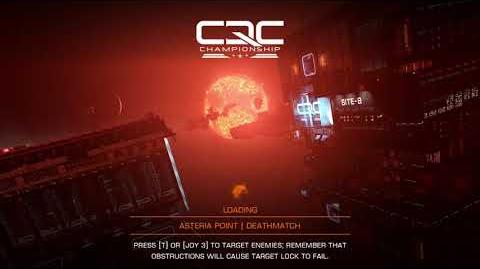 The Condor in CQC

Sidewinder MkI in CQC
Retrieved from "https://elite-dangerous.fandom.com/wiki/CQC_Championship?oldid=120823"
Community content is available under CC-BY-SA unless otherwise noted.