The Coalsack Nebula is a nebula in the Inner Orion Spur approximately 500 ly away from Sol. The main body of the nebula is designated the "Coalsack", while a smaller formation close by is designated the "Coalsack Dark Region". In October 3306, it was discovered that the Thargoids had maintained an active presence in the region for centuries. The following month, the Alliance launched an expedition to lay claim to its Thargoid Barnacles and harvest their Meta-Alloys.

At some point, the Coalsack Nebula was seeded with Thargoid Barnacles by the Thargoids. A human planetary survey team led by Professor Penelope Carver inadvertently discovered this in October 3111, when it was hired by Azimuth Biochemicals to study the area. The team set up a base camp called Geological Survey 23B on the third planet of Musca Dark Region PJ-P b6-1 on October 13, 3111. They subsequently encountered first a Barnacle and then a crashed Thargoid Interceptor, objects which humans had no familiarity with at the time. Azimuth redirected the megaship Adamastor to retrieve the team and their samples of the alien technology to transport them to an undisclosed secure facility, but during the extraction on October 30, Geological Survey 23B experienced a possible Thargoid attack and the megaship departed early, leaving a number of Azimuth-contracted mercenaries and half of the survey team to perish.[1]

Unfortunately for the Adamastor, it was already doomed. One particular Thargoid object that had been recovered from the crashed Interceptor, believed to be a kind of control system, induced widespread malfunctions in the megaship. The situation aboard the Adamastor deteriorated rapidly by October 31 as it passed through the HIP 69200 system, and the megaship was apparently evacuated by the remaining crew shortly afterward. The Adamastor's autopilot assumed control and diverted the ghost ship to its launch system of Chukchan, but it was forced to travel at sublight speeds due to its inoperable hyperdrive and would not return home until 3306.[2][3]

Echoes from the past

On October 28, 3306, a mysterious transmission was detected with the audio message, "This is Doctor Murphy reporting. I'm a geologist, part of Professor Carver's planetary survey team, but I... I... I think... I think they're all dead."[4] This coincided with the transmission over the preceding days of an image of binary numbers in nine fragments. When the fragments were combined, the binary was translated into "The Coalsack Nebula. The stones. He keeps watching the stones."[5][6][7] Independent pilots surmised that the two messages were related and flocked to the Coalsack Nebula to investigate, leading to the discovery of a Geological Survey 23B, a wrecked Scarab SRV, and multiple Thargoid-related sites on Musca Dark Region PJ-P b6-1 3 on October 29. This development was quickly connected to the simultaneous return of the derelict Adamastor to the Chukchan system. Logs recovered from Geological Survey 23B, the wrecked SRV, the Adamastor, and other related sites along the Adamastor's route were found to contain information about the encounter between humans and Thargoids in 3111, not long before onset of the First Thargoid War in 3125.[1][2][3]

On November 5, 3306, the Alliance deployed a Flight Operations Carrier megaship, the Spirit of Nysa, to Musca Dark Region PJ-P b6-1 after the Alliance Salvage Guild's inquiry into the origins of the Adamastor and independent exploration efforts confirmed the Coalsack Nebula's Thargoid presence. The Alliance Assembly announced on November 9 that the Alliance had partnered with corporations such as Sirius Atmospherics to mount an expedition to the Coalsack Nebula in order to exploit its Thargoid Barnacles for Meta-Alloys. Observers speculated that the expedition may have been in the works for months given the corporations involved, and noted that Alliance Prime Minister Edmund Mahon likely saw the Coalsack developments as an opportunity to shore up the Alliance's economy and boost his chances for reelection in 3307.[8]

The initial stage of the expedition began on November 12, with the Alliance Expeditionary Pact revealing preliminary plans for the construction of one starport, Betancourt Base, and three outposts: Bering Port, Cole Point, and Hannu Arena. A call for resources was issued to independent pilots in order to expand these new facilities by upgrading the outposts to starports, adding more ships and modules to their inventories, and increasing the available range of services to include Interstellar Factors, Material Traders, and a Technology Broker. The Alliance Defence Force also announced a concurrent military campaign to reduce the Coalsack's Thargoid presence, and requested volunteers. To incentivize participation, Sirius Atmospherics offered to reward the top 25% of contributors in both campaigns a special Class 5 Frame Shift Drive with Grade 5 range and boot time modifications. Thanks to an enthusiastic response from the galactic community, all quotas were met ahead of schedule.[9][10] The four new stations were opened on November 26. In addition, Dr. Rodion Stathos, chief xenobiologist of Betancourt Base, issued an open request for deliveries of Thargoid commodities and offered higher than usual prices for them.[11]

On December 3, Dr. Maximilian North of Sirius Atmospherics announced the second stage of the colonisation plan and issued an open request for detailed scan data of Ammonia Worlds. This data would be analysed to determine the most ideal Ammonia Worlds in the Coalsack Nebula to be selected as candidates for terraforming using new procedures that Sirius Atmospherics had recently developed. The top 75% of contributors were offered a modified Detailed Surface Scanner with twice the normal probe coverage, and depending on the quantity of data received, Sirius Atmospherics also pledged to buy exploration data at a premium for a period after the campaign ended.[12] Upon the campaign's conclusion, Dr. North confirmed that the data would be used in terraforming simulations, and the Ammonia Worlds in the Coalsack could one day become habitable. In related news, Commodore Morag Halloran of the Alliance Defence Force commented that the Coalsack colonies remained vulnerable to Thargoid attacks, as the ADF's response time would be slow due to the distance involved and Aegis had been impacted by the loss of Federal and Imperial funding.[13]

Dr. North delivered an update on his project's progress on December 28, revealing that simulations had overestimated the effectiveness of the new terraforming techniques, and that converting ammonia-based atmospheres would take longer than expected. Independent journalist Flint Lafosse speculated that the terraforming project was a cover story for other Sirius operations in the Coalsack, possibly even the capture of live Thargoid specimens. While there was no evidence for this, the Alliance did confirm that there was an influx of Sirius personnel and equipment in the Coalsack.[14]

The systems of Coalsack Sector KN-S b4-9, Coalsack Sector VU-O b6-6, and Musca Dark Region PJ-P b6-1, in addition to six colonized systems in the Witch Head Nebula, fell victim to Thargoid Incursions on December 31, 3306. The Alliance Defence Force was, as feared, too slow to prevent the infestations, and local security forces reported being overwhelmed. Admiral Aden Tanner warned that Aegis could not adequately respond to the situation due to recent funding and resource cutbacks, and called on independent pilots to provide assistance.[15] Thousands of colonists were confirmed dead on January 7, 3307 as the offensive entered its second week, with only two of the three affected systems in the Coalsack cleared of Thargoid Incursions; all six of the targeted systems in the Witch Head Nebula remained under siege. Admiral Tanner reiterated that the nebula colonies had no other option but to rely on independent pilots for protection from the alien threat.[16]

At the behest of Pirate King Archon Delaine, Kumo Crew partnered with Kavanagh Spaceframes Ltd on April 15, 3307 to launch a campaign to construct five new Orbis starports across the galaxy to stimulate trade. One of the five systems targeted for development was HIP 62154, in the vicinity of the Coalsack Nebula.[17] The galactic community responded enthusiastically to the request, ensuring that all five starports would be built.[18] On April 29, 3307, the starport Fort Xeno opened in HIP 62154 under the control of the Kumo Council. Notably, Sirius Atmospherics, a division of Sirius Corporation, was also present in the system, fueling speculation that Archon Delaine may have received financial support for his starport project from Sirius.[19]

Thargoids invaded HIP 62154 and damaged Fort Xeno on May 13, 3307, part of a larger offensive that affected nine other systems. Another Kumo Crew starport, California Freeport in HIP 18390 in the California Nebula, was also one of the victims of this latest assault in the Second Thargoid War. Archon Delaine reacted with fury to the news, and vowed to take revenge. Other starports in the Coalsack Nebula that were damaged included Bering Port and Cole Point.[20] 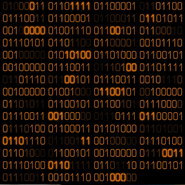 Geological Survey 23B on Musca Dark Region PJ-P b6-1

The wrecked SRV on Musca Dark Region PJ-P b6-1

The Thargoid Barnacle where the wrecked SRV is located