Start a Wiki
The Codex is a new way to track your findings and progress in the Elite Dangerous galaxy, as well as keep up to date with the lore and learn about the latest news.[1]

It shows personal stats, session logs, discoveries in both a collaborative and individual way and hint at potential discoveries in the galaxy. It also provides encyclopedia-style information about topics.[2]

The Commander page is where you can find information about your in-game statistics, a session log of your activity and an archive of audio and text logs.[1]

Within the Discoveries section, the galaxy has been broken down into 42 regions. Each galactic region has information detailing the stellar bodies, geological/biological entities and civilisation contained within them.[1]

Within each system, there are a variety things for you to discover, such as stars, terrestrials, gas giants, species and more.

The Codex also has ‘Rumoured’, ‘Reported’ and ‘Discovered’ states.

The 42 regions are huge, and there is a lot to be uncovered, the initial ‘rumoured’ items are just the very beginning in getting you exploring out in to the black.

While you’re out there making incredible discoveries and earning credits you’ll be inspiring other explorers to follow in your wake!

The Knowledge Base is your hub for brushing up on Elite Dangerous lore.[1]

The Pilot's Handbook is a detailed guide to the available activities in Elite Dangerous. It explains where to find certain activities and roles, how to prepare and outfit ships for them, and how to participate in them.[3]

The Codex is a joint initiative from the Pilots Federation and Universal Cartographics, which issued the following joint statement:

“We are pleased to announce that the Codex has been automatically uploaded to the onboard systems of all vessels registered with the Pilots Federation.”

“The Commander section of the Codex collates all ship data, including the pilot’s personal achievements, while the Knowledge Base contains information on the galaxy’s most prominent organisations and individuals.”

“The Discoveries section is designed to support deep-space exploration. As well as cataloguing stellar bodies and other phenomena, it also logs confirmed and unconfirmed findings from fellow explorers.”

“We hope the Codex will prove valuable to all Commanders, and we look forward to it being updated with their findings.” 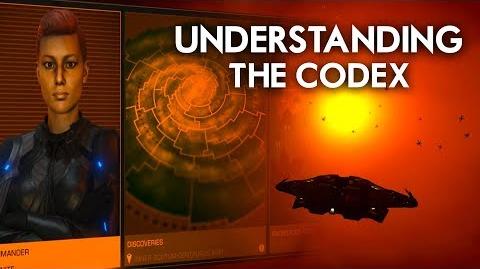 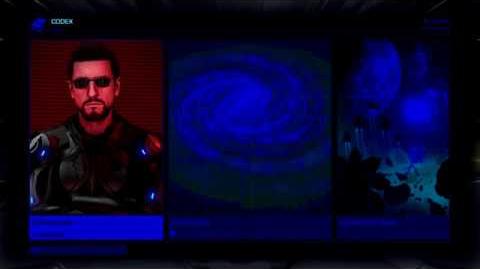 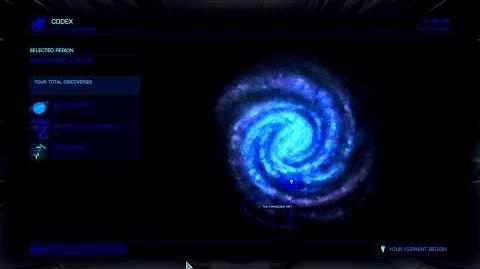 Elite Dangerous - No Time 4
Add a photo to this gallery

Retrieved from "https://elite-dangerous.fandom.com/wiki/Codex?oldid=125701"
Community content is available under CC-BY-SA unless otherwise noted.