Companies and corporations built the galactic community.[1] Several super-rich and super-powerful mega corporations sustain the colossal demands of modern interstellar economies in the galaxy. These corporations control countless companies which farm, mine and use entire planets and star systems for resources and food. They produce basic goods which trillions of people rely on for their survival. The presence of mega-corporations is ubiquitous throughout civilised space.[2] There are also corporations specialized in certain products and services.

After the Third World War, governments and military didn't have the ability to repair the damage done. The corporations of the era began the slow rebuild process. This gained the corporations a huge increase in dominance over Earth's political landscape and the ideologies would influence the Federation.[3]

These are the mega corporations:

These are important corporations sorted with the Global Industry Classification Standard (GICS).[4]

The colossal requirements of modern interstellar economies can only be met by super-rich and super-powerful corporations, whose innumerable companies gouge entire worlds for minerals and foods, and whose factories churn out the basic goods trillions of people need to survive.  Without them and their continual drive for ever higher growth, people would starve, choke or become isolated on worlds surrounded by technology they cannot use or maintain.[1]

The EDRPG lore book examines the great corporations of the Elite: Dangerous galaxy, including Sirius Corp, the rapacious Achilles Corporation, the WorldCraft tourist company, the agricultural giant Rockforth Corporation, and the fiercely competitive mining corporations Caine Massey and Mastopolos Mining.  Companies built the galactic community, and their in-fighting might tear it down.[1]

World War III (2044-2055 AD) was the worst war ever waged across planet Earth. It brought much destruction and loss of life. Eventually after over one decade of war the fight was gradually abandoned.[3] The dominant power after the Third World War was the United States of the Americas. The remaining other countries joined it over the next few decades and it was renamed to "The Federation."[5] Civilization had taken a massive hit and the governments and military alone no longer had the ability to repair the damage done. The corporations of the era stepped in and began the slow rebuild process. This gained the corporations a huge increase in dominance over Earth's political landscape. In many ways this was perhaps the birth of the ideologies that would ultimately influence the Federation. The decade of 2070 saw the first man on Mars and the first permanent moon base was constructed. This allowed humans far easier access to space and soon many orbital cities were constructed around Earth. This was followed by the launch of interstellar probes, the heavy industrialization of the Moon and the first base construction on Mars.[3]

The 22nd century was a time of massive change. Fossils were discovered on Mars proving that life once existed there. Human expansion slowly progressed throughout the solar system. Perhaps the biggest discovery of all time was hyperspace. The ability to travel faster than light allowed humanity to escape the confines of the solar system.[3] By 2200 corporations had a stranglehold on a great many aspects of life, and this didn't stop during colonisation, though there was quite a delay before the first wholly corporate system was settled.[6]

In 2210 the first signals of probes at Alpha Centauri confirmed a habitable planet existing outside our solar system. From this point on, probes continued to arrive in neighboring star systems and soon life is discovered on Tau Ceti 3. Thus begins a new path of exploration and discovery. With the knowledge that Tau Ceti could support life, a colony ship was sent there. Before long the first colony to exist outside our star system Sol was formed. With the proof that life could exist outside Earth, a mass exodus began. Massive ships were constructed to establish human colonies anywhere that may support human life. The expansion of humanity rapidly moved apace crossing the void between star systems. New colonies and ultimately cities were formed.[3]

The rise of the largest Mega Corporation in history started in 2339 when the Sirius Corporation launched the first completely corporate colonial mission which arrived in the Sirius star system. There they utilized vast amounts of cheap energy available on Lucifer to supply fuel and later drives and other technologies to the Federation and Empire.[7]

The companies built the galactic community and Mega Corporations are ubiquitous throughout civilized space.[2][1] Due to these historic events, the Federation became dominated by corporations. They control many aspects of life, politics and business within Federation space. Most aspects of life is focused on profit. Whilst corporations are not above the law, they hold a very wide remit as far as what they're permitted to do in the name of profit concerns. Corruption and even murder happens as well. That said, the Federation does respect human life in its own way and much more so than the Empire. Although the Federation doesn't respect freedom as much as the Alliance.[3]

Minor factions have different government types. Star systems and stations inherit it of the controlling minor faction. These are descriptions of minor factions with corporation governments that are shown in the status screen on the right-hand panel:

An independent business organisation that has incorporated with its respective home government.[8]

A business orientated organisation that has been incorporated as per the Federation Charter of Free Commerce. Members of this faction are representatives of a Corporate Entity and are seen as such in the eyes of the law. [8]

An organisation that has been granted the rights of an Imperial Corporation. They are likely to have business interests that extend beyond a single station or planet.[8]

An interstellar business organisation that has incorporated in accordance with the terms laid out by the Alliance of Independent Systems.[8] 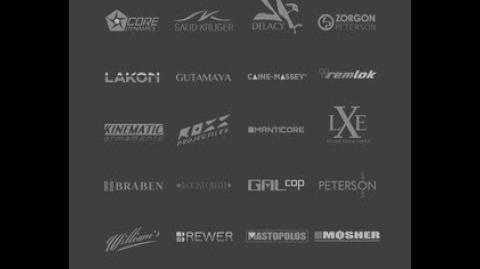 Elite Dangerous- CORPORATIONS CODEX
Add a photo to this gallery 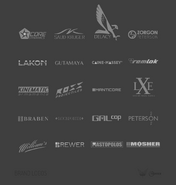 Caine Massey ad
Add a photo to this gallery

Retrieved from "https://elite-dangerous.fandom.com/wiki/Corporations?oldid=128566"
Community content is available under CC-BY-SA unless otherwise noted.