David John Braben, OBE, is a British game developer, game designer and game programmer. Braben is best known for creating the Elite series. He co-developed the original Elite with Ian Bell in 1984. He is the founder and CEO of Frontier Developments since January 1994. He's also a co-founder of and works as a trustee for the Raspberry Pi Foundation which in 2012 launched a low-cost computer for education.[1][2]

Braben attended Buckhurst Hill County High School in Chigwell in Essex.[3] He studied Natural Sciences at Jesus College, Cambridge and specialized in Electrical Science in his final year.[4] He is the recipient of three honorary doctorates from Abertay University (2013), The Open University (2014), and York University (15 July 2015).

Braben is a Fellow of both the Royal Academy of Engineering and the Institution of Engineering and Technology. He sits on the BAFTA Games Board. Braben also chairs the Government Skillset board for approval of University courses.[5]

David Braben is a leading figure in the computer games industry, one of the most influential computer game programmers of all time[6] and a radical innovator in game design. The sprawling open-world game-play and classic science-fiction setting of Elite made it a cult hit in the 1980s. He also made Frontier: Elite II in 1993, Frontier: First Encounters in 1995 and is the director of Elite: Dangerous since 2014. The success of the original Elite helped to create the UK games industry, which now has an annual turnover of £3 billion (2015).[5]

In May 2011, David Braben announced a new prototype computer, Raspberry Pi, mounted on a printed-circuit board not much bigger than a credit card, and intended to stimulate the teaching of basic computer science in schools. Since then, more than 5,000,000 Raspberry Pis have been sold. The initiative came from the Raspberry Pi Foundation. The charity, of which David Braben is a trustee, aims to promote the study of computer science and to put the fun back into learning computing.[5]

David Braben is married to Wendy Irvin-Braben and has two sons. He lives in Cambridge, United Kingdom.[2]

On 5 September 2005, Braben received the Development Legend Award at the Develop Industry Excellence Awards in Cambridge.[7]

Fellow of the Royal Academy of Engineering

In 2012, Braben was elected as a Fellow of the Royal Academy of Engineering.[8]

Tech Personality of the Year

In 2013, David Braben was awarded an honorary degree as Doctor of Technology from Abertay University.[11] Braben said: "I’m delighted to receive an honorary degree today from Abertay University. As the first university in the world to teach a Computer Games Technology degree, and the organiser of the wonderful Dare to be Digital game design competition, Abertay has proven itself to be fantastically committed to educating the next generation of game developers. Computer science education is absolutely key to the future success of the UK, and linking strong school education – powered by initiatives like the Raspberry Pi – to world-leading university courses is exactly what we need to grow more great companies here."[11]

Officer of the Order of the British Empire

Braben was appointed Officer of the Order of the British Empire (OBE) in the 2014 Birthday Honours for services to the UK computer and video games industry. It celebrates the work he has done for both of the UK’s video game and computer industries.[12][13] Braben said "I now have my medal! A huge honour, and I am very grateful to all those at Frontier that made this possible."[14]

In 2014, Braben received an honorary doctorate from The Open University.[15]

In January 2015, he received the 2015 Pioneer, Game Developers Choice Award (GDCA), for his work on the Raspberry Pi and for working more than 30 years as a game developer.[16]

At the British Academy Games Awards on Thursday 12 March 2015, David Braben OBE received the BAFTA Fellowship. Awarded anually, the Fellowship is the highest accolade bestowed by BAFTA upon an individual in recognition of an outstanding and exceptional contribution to film, television or games. Braben said: "I am absolutely delighted to be receiving a BAFTA Fellowship; it is an incredible honour. I have a truly great team behind me at Frontier, and without them I would not be receiving this, so the honour is effectively for all of us."[17]

Discussing the Fellowship, Harvey Elliott, Chairman of BAFTA’s Games Committee, said: “With Elite recently celebrating its 30th anniversary, David Braben’s enthusiasm for the medium remains as undiminished today as it was back then. David is a genuine pioneer, not just in terms of game design or cultural significance but also in the field of computing, having championed the Raspberry Pi that recently became the most successful British computer of all time. The Academy Fellowship could not be more appropriate.”[17]

Braben received a standing ovation when he took to the stage to be presented the award by fellow games industry legend Ian Livingstone. In his acceptance speech he suggested that the games industry is on the "cusp of a golden age".[17] 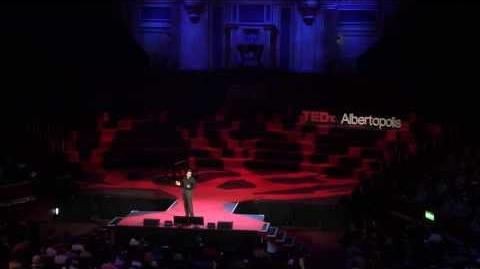 Rules can be beautiful David Braben at TEDxAlbertopolis 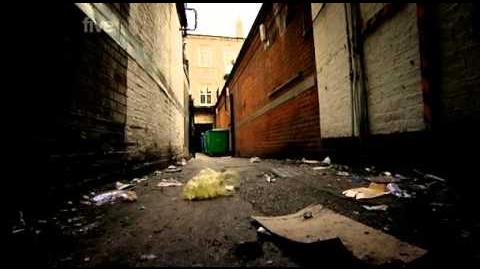 Brits Who Made The Modern World - The Making of Elite 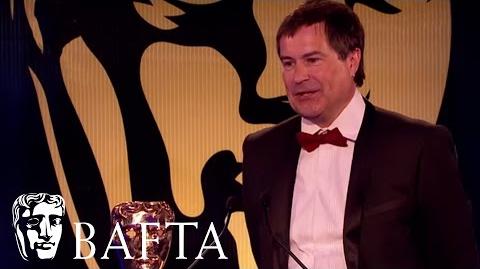 David Braben is awarded the BAFTA Games Fellowship in 2015 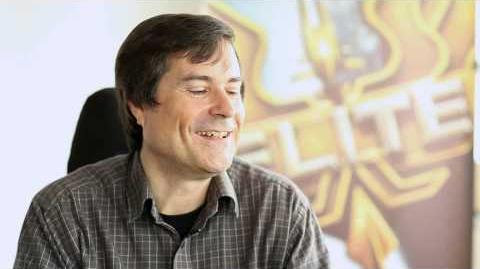 David Braben on the Making of Elite From Bedrooms to Billions Funstock.co.uk 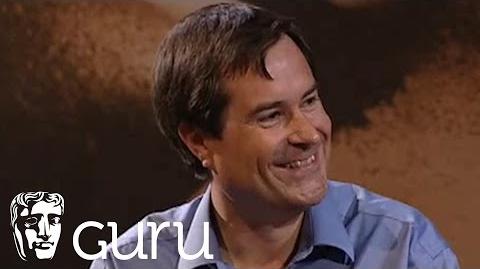 David Braben A Life in Pixels