The Diamondback Explorer is a dual-role ship designed with both exploration and combat in mind. Sibling to the smaller Diamondback Scout, the Explorer's superior firepower and hardpoint array make it more flexible than its sister ship, while its long jump range and exceptional heat efficiency make it an excellent choice for explorers.

The Diamondback Explorer is a ship manufactured by Lakon Spaceways. Envisioned as a combat-exploration ship that capitalizes on the strength of the smaller Diamondback Scout, the Diamondback Explorer can be specialized for either role reasonably well thanks to its clustered hardpoint placement, superior heat efficiency, and excellent jump range. It also boasts more internal space than the Diamondback Scout and exchanges two Class 1 hardpoints for a single Class 3 hardpoint. The Diamondback Explorer fills a useful niche between smaller, cheaper ships such as the Adder and Cobra MkIV, and larger, more expensive ships such as the Asp Explorer and Krait Phantom, and is a favorite of pilots seeking to begin a career in exploration. Despite these advantages, the ship's size restricts its internal compartments, making it inadvisable to outfit it for multitasking.

The Diamondback Explorer shares the same maximum power plant class limitation as the Diamondback Scout, while having more internal compartments and a larger offensive armament. These factors lead to the Diamondback Explorer having more power management issues with some loadouts. Thanks to the ability to fit a class 5 Frame Shift Drive and a 32t Fuel Tank, this ship is excellent for exploration. Even with a full combat outfit, the ship maintains an impressive jump range. This allows the ship to undertake long distance travel while still being able to defend itself and thus ideal for long-range travel into hostile territory, for Missions, as a forward scouting ship, or as a rescue ship with fuel limpets. Power can be managed with module priority, or in some cases simply disabling the cargo hatch. Additionally, the Diamondback Explorer has excellent heat efficiency and power distribution. The low base heat output translates to better fuel scooping, longer firing cycles for thermal weapons before overheating, easier management of a Shield Cell Bank's heat output, stealth and smuggling, or stealth combat with the ability to maintain silent running for long periods.

This ship is quite heavy for its size, and is currently the largest hull mass ship capable of utilizing small landing pads. While this has the benefit of making it harder to mass-lock than similar ships of its size, it makes the ship significantly less agile than its smaller brother, the Diamondback Scout, and even some ships larger than itself. The Explorer is not completely unwieldy, however; with gimballed weapons it can reliably keep weapons on target on all but the most agile of enemies. The Diamondback Explorer is not well suited for mining, as the lack of internal compartment space and higher price when compared to other ships make it a less than ideal mining platform.

The weapon hardpoints are located as follows: one Class 2 hardpoint is mounted on either side of the cockpit, and a single Class 3 hardpoint is mounted under the nose. The Class 3 hardpoint has similar field of fire to the nose mount of the Python. Hardpoint locations are grouped together on the fore of the ship's hull, with placement allowing all weapons to be fired at the target simultaneously. If gimballed, the hardpoints provide a large vertical field of fire. Utility mounts are located on the dorsal side of both wingtips, one above the cockpit, and one on the rear tail of the ship, for a total of four.

All ships are highly customisable through the Outfitting menu of Station Services. Listed below is the default load-out for the Diamondback Explorer. 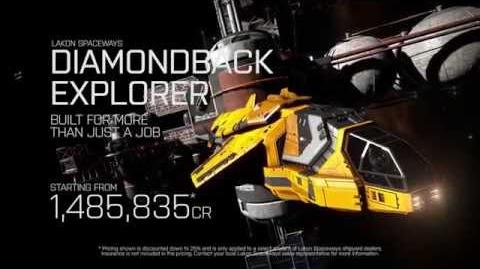 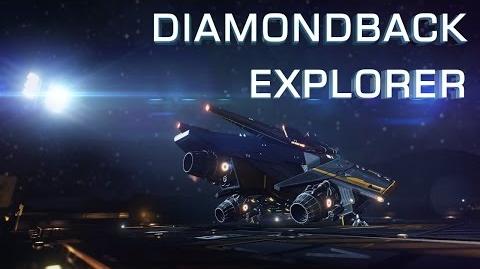 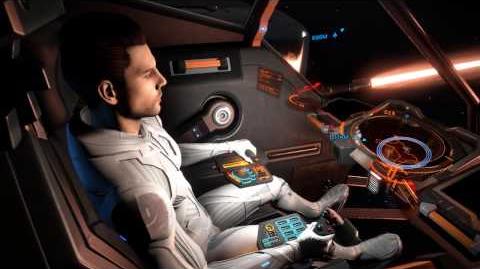 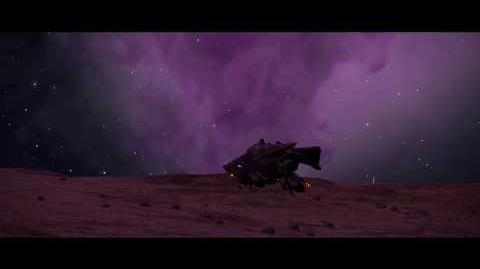 Settlement and a Diamondback Explorer

Betelgeuse and a Diamondback Explorer