Not to be confused with Imperial Eagle.

Developed by Core Dynamics, the Eagle is a compact combat ship with peerless manoeuvrability. For many independent pilots it represents a natural progression from the Sidewinder, boasting superior cargo capacity and combat ability in addition to a better hardpoint array. These features are offset by a comparatively short jump range, however.

The Eagle MkII is an agile fighter sporting 3 weapon hardpoints. It is the most manoeuvrable ship currently in the game (excluding ship launched fighters), as well as being the cheapest combat-specialized vessel. However, it suffers from a short hyperspace range, as well as a tendency to overheat and run out of weapons power.

The Eagle is an extremely agile ship; in fact, it has the highest Manoeuvrability of any ship, excluding Ship Launched Fighters. Thus the Eagle is extremely viable for any commander looking to take advantage of mobility and even high tier ships like Anacondas might struggle against a well trained Eagle pilot due to its ability to stay on the rear of ships; where even Turreted hardpoints won't have any visibility of the ship. Be careful of bigger ships deploying the tiny fighters however and it is highly advised to prioritize these in combat.

Compared to the Sidewinder the Eagle is a strict upgrade in virtually every aspect. The sidewinder has slightly better base armour but the Eagle has much better combat ability, not to mention better cargo capacity, jump range, damage, hardpoints etc. The Eagle is a great second ship for players to jump to and some even prefer it over the Hauler for cargo jobs due to its respectable 16T of space.

The Eagle makes a fantastic Bounty Hunter or Pirate. With its manoeuvrability, the Eagle can take on most adversaries and with three class 1 hardpoints the Eagle is capable of dealing formidable damage and its high manoeuvrability means it is brilliant at both Interdicting and dodging Interdictions making it great for shieldless trading. Defensively, however, the eagle has paper thin armor, dying to sustained fire from even a Sidewinder. Thus, the manoeuverability of the ship is critical in avoiding hits. The best defense is not to get hit at all. Thus a shield is recommended and the low shield power encourages the use of a Shield Booster. The issue with this, however, is that Eagle has only one utility mount, which means going without a Kill Warrant Scanner. You may wish to instead use a Stealth build; the Eagle has good heat management and using Silent Running may make ships unable to ever get a hit on an Eagle; especially if they run Turreted and Gimballed mounts. Be careful as experienced commanders may know how to get around this. The other problem is this strategy requires a Chaff Launcher which again requires going without a Kill Warrant Scanner.

As a Trader or Miner, the Eagle is significantly better than the Sidewinder in both aspects. However, the Hauler may be better for traders if not wanting to touch combat, though you may be better off holding out until the Adder becomes affordable, as it is much better in both aspects while still being viable in combat.

The weapon hardpoints are located as follows: 2 small hardpoints on the underside of main body of ship, 1 small hardpoint on the top of the ship behind the cockpit. The cockpit is notable as it is incredibly small; very similar to that of the tiny ship launched fighters. Many players may find the space either enjoyable or rather claustrophobic and it makes the Eagle have rather poor visibility.

In September 2014 Frontier announced that the Eagle would become a second starting ship for all players who had pre-ordered Elite Dangerous, including existing Beta and Kickstarter supporters. This starting Eagle (known as the "Freagle") is located in a Station outside of the player's starting system and can be flown once the commander travels to the station where it is stored. The Free Eagle can be found by opening the Galaxy Map and looking for a system with a blue ship icon next to it; the ship will be located in a station within the designated system.

The Eagle MkII has an available 12 piece cosmetic ship kit that can be purchased from the Frontier store which allows you to "remodel your ship in your personal style". The ship kit does not affect gameplay.

The Eagle is a very common ship and can be found at nearly any shipyard. If you are struggling to find it, the following (incomplete) list contains confirmed purchase locations.

All ships are highly customisable through the Outfitting menu of Station Services. Listed below is the default load-out for the Eagle MkII. 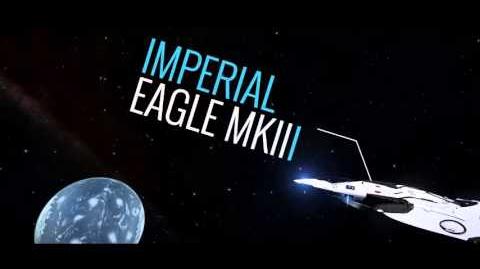 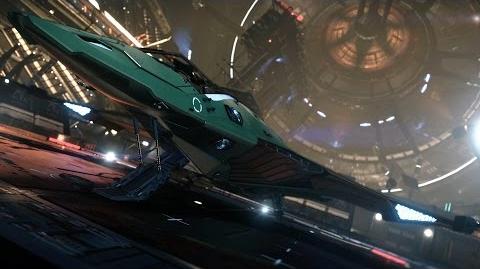 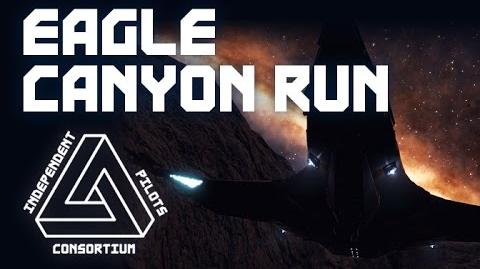 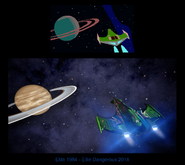 Eagle MkII artwork
Add a photo to this gallery
Retrieved from "https://elite-dangerous.fandom.com/wiki/Eagle_MkII?oldid=126250"
Community content is available under CC-BY-SA unless otherwise noted.