Elite: Reclamation is an officially licensed novel written by Drew Wagar, set in the Elite: Dangerous universe, published in May 2014 just prior to the release of the Elite Dangerous game by Frontier Developments.[1]

The novel features an ensemble cast of memorable characters, a dark and dystopian future and a plot which twists from political intrigue, via epic space battles, to a tense page-turning finale.

Drew previously wrote a fan-fic series based in the Elite-like universe of the fan game Oolite. These novels, known as the Oolite Saga, are still available on-line and can be downloaded for free, with the first being published back in 2006.

A nominally federation star system (Prism) is invaded and held by Imperial forces in the year 3297, to secure rich supplies of Tantalum which are vital to the new hyperdrive technology. Rather than directly attempt to re-take the system, the Federation uses local pirates and rebels to organise a resistance known as the 'Reclamists'.

The incumbent Senator of the Prism system abuses imperial slaves in the Tantalum mines, leading to discontent. Senior patrons plot his demise at the hands of the 'Reclamists' with the intention of inserting his third daughter, Lady Kahina Tijani Loren, as a puppet Senator.

Algreb Loren is assassinated at the wedding of his eldest daughter, Corine, along with all his family. It is believed Lady Kahina is also amongst the dead. Patron Dalk, unknown to the Reclamists, smuggles her out alive, but in suspended animation, with the intention of restoring her at a later date to enable his own ambitions in the system.

Hassan Farrukh Sharma, an impecunious young man with dreams of exploring the galaxy, restores an old ship and takes to trading. He joins a group of pirates to accelerate his ranking. The pirates ambush the very ship Dalk has arranged to smuggle out Kahina. The ship is purloined by local warlord Octavia Quinton who has plans for Kahina.

Before Octavia's plan can be carried out, Hassan makes off with Kahina's storage canister, hoping to fence valuable cargo. Kahina wakes aboard Hassan's ship, disoriented and without her memory of recent events other than vague dream-like recall. Kahina is given the name Salomé by Hassan.

Dalk masquarades as a bounty hunter to track down Hassan before Octavia catches up with him. He tracks Salomé and Hassan to the Ferenchia system, but Salomé evades him by stealing Hassan's ship. Before Dalk can intercept her Octavia arrives and destroys Dalk's ship. Salomé escapes by accidentally mis-jumping Hassan's ship. Dalk and Hassan are captured by Octavia.

Salomé crashes on LTT 8740 and is captured by the religious group the "Brotherhood of Resonance." She is rescued by Luciano Prestio-Giovanni (Luko) who crashed many years before. They are able to restore his ancient Cobra spacecraft by raiding Hassan's crashed ship for spares. Luko helps Salomé discover her true origins in the Empire. Thus aware of herself, Kahina plans to return to Prism to reclaim it for herself.

Dalk and Hassan are tortured, but Dalk is able to convince Octavia that he can help her in her quest to capture Kahina. Octavia intends to purloin Kahina's body and swap her mind to it, achieving youth once again.

Kahina announces her intentions across the news network on a stop over to repair Luko's ship. They are pursued by bounty hunters. Kahina's request is honoured by naval forces loyal to her father and an Imperial fleet moves to the Prism system. It is matched by an equally powerful Federation fleet. As Kahina arrives a battle takes place, resulting in a stalemate. Dalk and Octavia, arriving on the scene, persuade Kahina that they can assist in taking back the Prism system.

Kahina's forces take Prism from the 'Reclamists'. Kahina is betrayed by Hassan and is captured by Octavia. Before her mind can be removed, Hassan has an attack of conscience and disables Octavia's ship. It is destroyed by Federation gunfire as Luko helps Hassan and Kahina escape.

On Prism, Kahina kills the Reclamist leader and then accepts the title of Senator, promising to transfer power to Dalk. In the end she gives it to Ambassador Cuthrick instead. Dalk and Kahina fight and Kahina eventually kills Dalk for his traitorous actions.

Kahina is seen to renounce her Senatorial rank, take on the persona of Salomé once again, and go on some kind of mysterious quest with Hassan. Kahina's profile is in on this wiki.

Since the release of the book, many fans have begun writing their own fan-fiction that continues the story from where Elite: Reclamation finished. 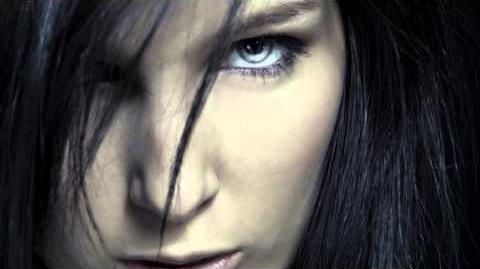 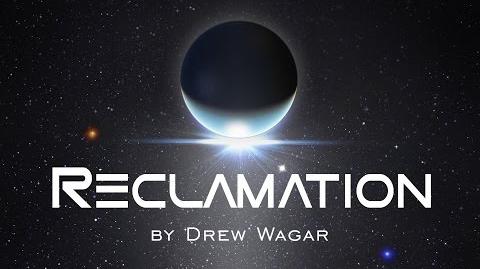 A reading from Elite Reclamation, an official Elite Dangerous novel 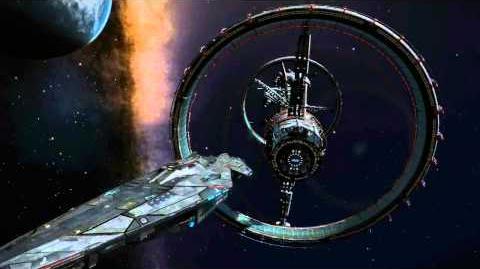