Elite: Dangerous Role Playing Game (EDRPG) is an interactive adventure you share with a group of friends. It is set in the universe of Elite: Dangerous, a futuristic galaxy in which spaceflight is common, amazing technology is freely available, and danger is everywhere. As a player you will own your own spacecraft and travel to fantastic locations, exploring new worlds, defeating deadly enemies and outwitting powerful opponents who will stop at nothing to destroy you.

In Elite: Dangerous RPG, each player creates their own character by selecting from a number of different backgrounds. Perhaps your character was an orphan from a corporate world where the unemployed are hunted down by the police – you survived at first on your wits and then with the help of charitable friends who gave you a place to stay and the chance for an education. Perhaps you are an ex-army grunt who’s seen too many wars, or a cheerleader who fell in with the wrong crowd and is now a notorious criminal. Really anything is possible, and each background you pick increases your skills across a number of different areas.

One player becomes the Gamesmaster (GM). This is the person who tells the story, plays all the people and villains the character’s meet and creates the adventure. The same person does not have to be the GM for every adventure, although oddly enough it’s hard to stop once you undertake that role. In Elite: The RPG, being the GM is a little bit easier than in most role playing games as you can create many missions, encounters and maps randomly. The Random Generation System (RGS) is there to help you – and you can use it as much or as little as you like. It is a powerful tool that lets you play a game with very little preparation, but never feel that you cannot take ownership of the results. You can run a game of Elite: The RPG without using the RGS at all, and indeed, once you have the game mastered you will find that you will use it less and less.

A Galaxy of Adventure

In the universe of Elite: Dangerous cheap and readily available faster than light travel has allowed humanity to explode across the stars, building new colonies, cities, nations and empires. The galaxy is a rich place, filled with a wealth of minerals, water and life bearing planets. The great nations of the Federation, Empire and Alliance grow wealthier every day, and such wealth attracts powerful people who scheme every day to increase their power.

Space travel is common and affordable. The middle classes of the galaxy own spaceships like twentieth-century families own cars. Owning a spaceship grants tremendous freedom – spacecraft owners are courted all across the galaxy by space stations hungry for rare goods and vital supplies. Politics seldom interferes with trade and even very patriotic worlds such as Nanomam are happy to accept goods and services from those who paint the ‘wrong’ flag on the side of their spacecraft.

For those at the bottom of the heap little has changed since the old Earth dark ages. Planet-spanning mega corporations rule unchecked in large parts of the galaxy employing entire nations of people in call centres, factories, tech support hubs or even as humble stockbrokers. On the planet of Zaonce the miserable masses slave for the planet wide Bank of Zaonce, filling tedious hours buying stocks and shares, selling high and low like robots, receiving none of the gains they make. In revolutionary Eranin the population are expected to perform in weekly parades celebrating their independence from the Federation, even while their leaders ‘redistribute’ the people’s wages into their own back pockets.

This combination of cheap space travel, terrible inequality and a laissez faire attitude towards weapon ownership makes the galaxy a dangerous place. Pirates, mercenaries and political agitators often like to fire first and seldom ask questions later. The police have a terrible arrest rate, but an excellent execution record; in space it’s hard to take prisoners and very few people even try. Add to this the many navigational hazards in space, fierce native creatures on unexplored planets, psychotic cyborg’s with faulty behaviour chips and the terrible greed of the intergalactic elite and you have a dangerous galaxy just waiting to destroy a wandering space pilot.

To survive you’re going to need the best ship, the best equipment, a strong credit account and the skills to back it all up. For in this dangerous galaxy only the elite survive…

There is no one correct way to play the Elite Dangerous: Role Playing Game.  Many people’s instincts are to run the game in same way as you would a game of the Elite Dangerous computer game – and this, of course, is fine.  However the extremely open-ended nature of ‘just going where the heck you like’ can make life quite difficult for the Gamesmaster. Beginning GM’s, and players for that matter, might prefer a more focused game where the objectives are clearer than just shooting off into space and trying to get rich.  The ideas below are supported by the RGS, but they are far from the only types of game you can run:

Naturally these aren’t the only types of games you can play in EDRPG.  Want to do a horror story about a bunch of scientists stranded on an ice planet? Play a rescue organisation that deals with natural and man-made disasters?  Run your own space station dealing with the riff-raff of space whilst trying to keep order in your section of the galaxy? Even run a smuggling and pirating racket?  You can do anything you want, really.  Just remember to keep it fun, interesting, and to keep the action going.

The Elite Dangerous RPG rules really let you do anything you want with them, so get out there and have an adventure! 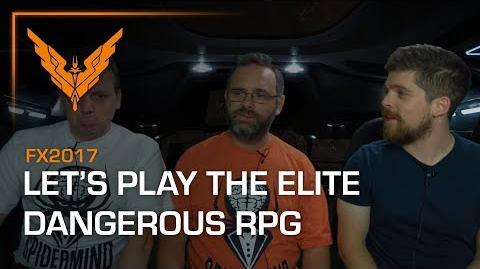 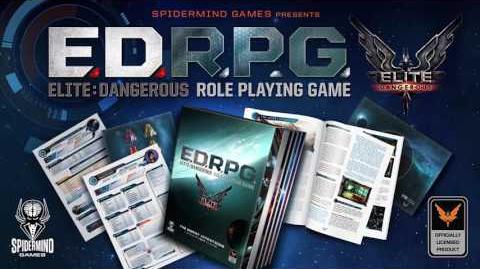 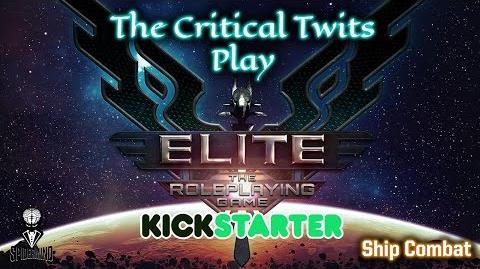 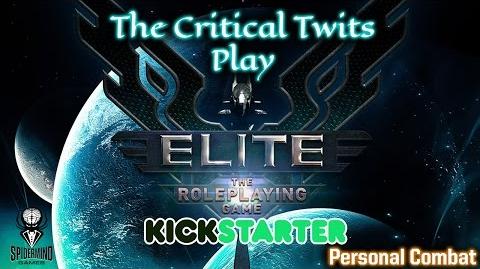 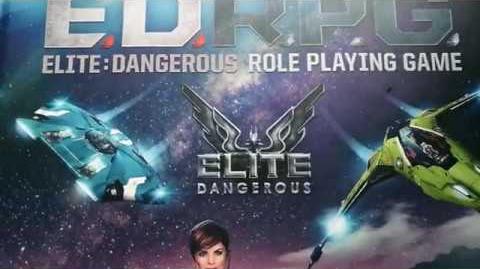 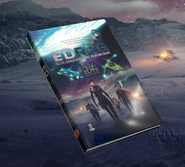 EDRPG art
Add a photo to this gallery

Retrieved from "https://elite-dangerous.fandom.com/wiki/Elite_Dangerous_Role_Playing_Game?oldid=137306"
Community content is available under CC-BY-SA unless otherwise noted.