The Frame Shift Drive (FSD) is a revolutionary ship hyperdrive system manufactured by Sirius Corporation.[1] It was introduced to the market in 3297 after decades of secretive development, and promptly rendered all other hyperdrives obsolete.[2] The Frame Shift Drive features two modes: supercruise, which allows travel at faster-than-light speeds within a star system, and jumping, which allows rapid travel through hyperspace from one system to another. All ships produced since 3297 come equipped with a Frame Shift Drive by default, and cannot be operated without one.

When in supercruise, rather than accelerating a ship through normal space, the Frame Shift Drive moves space around a ship to allow it to travel faster-than-light without using extreme amounts of energy or experiencing time distortion. This is similar in principle to the Alcubierre drive design. When traveling through hyperspace, the Frame Shift Drive opens a wormhole and forms a stable, temporary corridor between the point of departure and the destination for a ship to pass through. Most ships leave behind transient wakes after they jump.

In order to activate the Frame Shift Drive, Hardpoints and Landing Gear must be retracted, the Cargo Hatch must be closed, and the ship must break away from any Mass Lock caused by proximity to a nearby capital ship, station, or planetary body. Heatsink Launchers, Frame Shift Drive Interdictors, and certain Scanners still function during supercruise.

While the maximum hyperspace jump range of a ship is limited relative to the Frame Shift Drive's Class, Grade, and the total mass and available fuel of the ship, this range can be increased:

The effective fuel consumption of a ship travelling in hyperspace can be calculated with the help of the formula below. The formula is speculative and was in part deduced from user experimentation.[3]

This module can be modified by Engineers to enhance its abilities.

A pre-Engineered Class 5 Frame Shift Drive with Increased Range and Faster Boot Sequence named "Engineered FSD V1" can be purchased at Human Technology Brokers. Unlike unlocking most other Technology Broker items, which makes them permanently available for purchase with credits at station outfitting services, unlocking the Engineered FSD V1 immediately places one module in local storage at no additional cost. The module must also be unlocked repeatedly in order to obtain multiple copies. Applying any other Engineering modifications to this module will remove the bonus second modification, but an Experimental Effect can be safely added or replaced. 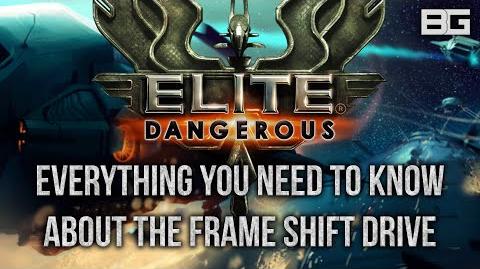 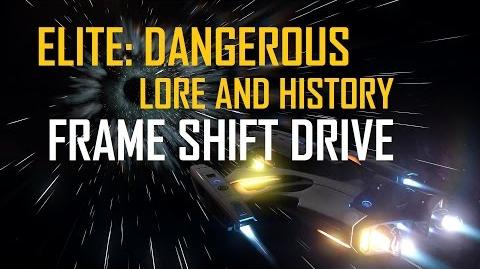 Hyperspace jump in a Sidewinder