Fuel scooping is an automatic process provided the fuel scoop is active. Only certain star types can provide fuel to be scooped. The rate of fuel gain is based on the quality and size of the scoop and by the proximity to the star in question. Be aware; remaining close to a star can cause your ship to suffer heat fatigue and potential destruction.

A Fuel Scoop is an optional internal module that automatically replenishes a ship's fuel reserves when the ship is flying in supercruise in close proximity to a star that produces hydrogen. This module is an essential device for any explorer, as it allows a ship to refuel without docking at a station and to travel into unsettled regions of the galaxy where no stations have been built. Larger and higher quality Fuel Scoops allow for faster fuel harvesting. A Fuel Scoop will activate automatically as long as it is powered, and provide a dedicated HUD indicator showing the ship's heat status and fuel collection rate.

Great care must be taken when using Fuel Scoops, as it requires a ship to be in supercruise inside of the corona of a stellar mass, which subjects the vessel to intense heat from the star. Flying too close can easily overheat a ship to the point of inflicting hull and module damage, or force a ship out of supercruise while overheating, which is a dangerous proposition considering escape back into supercruise subjects the ship to even more heat. It is advisable to upgrade the ship's Power Plant since it will help the ship dissipate heat when fuel scooping.

It is important to note that a ship must only be in supercruise while scooping fuel; it is not required that the ship be travelling at more than minimum speed. In such a case, a pilot can place their ship close enough to a star to scoop without being too close to risk overheating, and simply set their engines to minimum and wait for their Fuel Tank to fill. Flying around the star or doing "strafing" runs is low efficiency and will take longer, and subjects the pilot to considerably more risk.

When fuel scooping, a notification will appear in the centre of the HUD which lists the projected/current heat level, the current rate at which fuel is being scooped in rate/sec, and shows a progress bar for the amount of fuel in the main fuel tank.

Currently, the Fuel Scoop does not refill the active reservoir tank, which automatically takes one tonne of fuel from the main tank when drained.

An essential skill for any fuel scooper is the ability to identify fuel-producing stars and avoid becoming stranded in a system that has none. When plotting a route, always check the Info tab on the Galaxy Map for a list of star types that can be found in a specific system. Note that in systems that contain multiple stars, a ship will always jump to star with the greatest mass, which may not be scoopable and will require the pilot to seek out the scoopable star or stars manually.

A Fuel Scoop can also be used to scoop Neutron and White Dwarf stars to perform FSD Supercharging. This procedure endows an increase in a ship's jump range for one jump, but does not replenish the Fuel Tank, and is significantly more dangerous than normal fuel scooping. 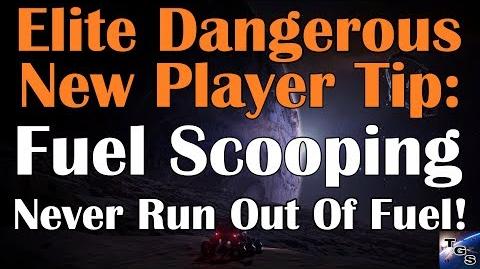 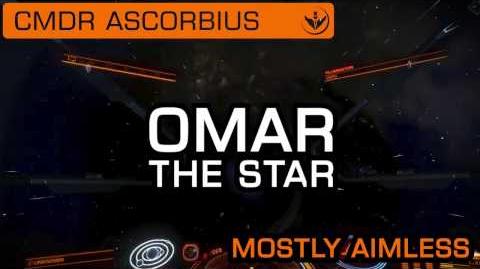