Guardian Beacons are giant, space-based orbital structures built by the Guardians. Though dormant for millions of years, they remain functional. Reactivating a Guardian Beacon will provide a key and the location of a Guardian Structure that contains Guardian Vessel Blueprint Segments.[1]

On August 28, 3304, Ram Tah reported that three unusual energy signatures had been detected in deep space: "As part of my research, I regularly review data from surveillance satellites and ships that have picked up atypical signals. Although most turn out to be of no consequence, on this occasion I have identified three energy signatures that I believe warrant further investigation. The signals originate from the NGC 2451A sector, the IC 2391 sector and the Synuefe EN-H region. I have no further data, and at this time the signatures' meaning remains a mystery. I encourage any independent pilots operating in these regions to investigate. I do of course apologise if this turns out to be a pointless exercise, but in the pursuit of scientific knowledge, even the smallest opportunity must be explored."[2]

Independent pilots quickly began locating new orbital Guardian structures called Guardian Beacons. Each Beacon features three Guardian Energy Pylons which can be charged by firing weapons at a specific point. Once the first Pylon is charged, the other two must also be charged within three minutes in order to successfully reactivate the Beacon. The Beacon will then expose its data core for scanning via Data Link Scanner, after which it will present a single Ancient Key. The process can be repeated with the same Beacon to obtain multiple Ancient Keys.

It was found that activating Beacons provided location data for a new configuration of Guardian Structures. The Ancient Data Terminals at these sites can be unlocked with the Ancient Keys and scanned to acquire Guardian Vessel Blueprint Segments. Ram Tah was able to reverse-engineer these new blueprints and manufacture a series of hybrid technology Ship-Launched Fighters for distribution via Technology Brokers: the XG7 Trident, XG8 Javelin, and XG9 Lance.[3] 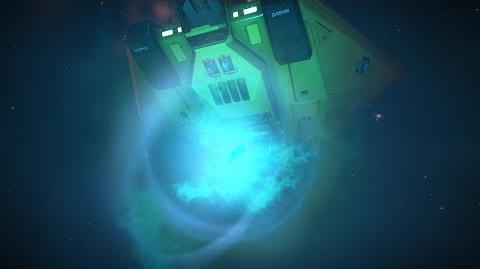 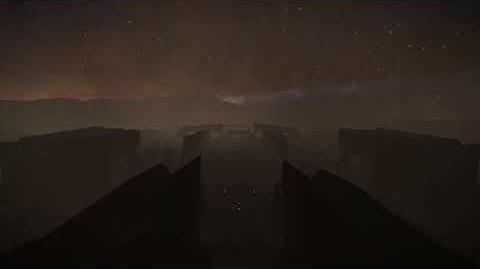 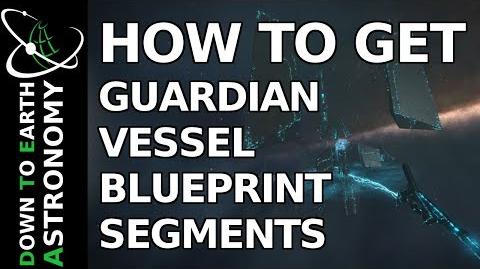 How to get Guardian Vessel Blueprint Segments Elite Dangerous 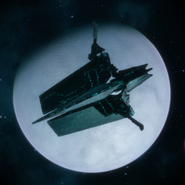 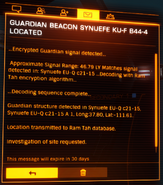 A data core in a dormant Guardian Beacon