Fixed-mount high-energy weapon, based on researched Guardian technology. There is a limit of 4 experimental modules per vessel.

The Guardian Gauss Cannon is a weapon that utilizes Guardian technology. It can be unlocked through a Technology Broker.

Compared to a conventional Railgun, the Gauss Cannon draws more power, generates more heat, penetrates armour more effectively, deals somewhat more damage, and has a longer range before damage falloff begins. Unlike AX weaponry it is still highly effective against human ships, though its armour penetration is excessively high for most man-made ships, and a well-Engineered Railgun of the same class will likely outperform a Gauss Cannon against human vessels.

When powered and deployed, Gauss Cannons will emit a cyan glow from their core. This effect is altered by the use of custom Weapon Colours.

Different classes of the Guardian Gauss Cannon can be permanently unlocked for purchase by providing the following Materials to a Guardian Technology Broker:

There are currently no Engineer modification options for the Guardian Gauss Cannon.

The Guardian Gauss Cannon is available for purchase at all stations where a Guardian Technology Broker is present after the module has been unlocked.

Pre-Engineered Class 1 and Class 2 Guardian Gauss Cannons with High Capacity and a special Burst Fire modification named "Modified Gauss Cannon" can be purchased from the Guardian Technology Broker at Bright Sentinel and Prospect's Deep in Mbooni. Unlike unlocking most other Technology Broker items, which makes them permanently available for purchase with credits at station outfitting services, unlocking a Modified Gauss Cannon immediately places one module in local storage at no additional cost. The module must also be unlocked repeatedly in order to obtain multiple copies. Note that although the included modifications can be removed, Engineers cannot re-apply them or apply any other modifications to these modules.

Unlocking the Class 1 version requires the following Materials and Commodities:

Unlocking the Class 2 version requires the following Materials and Commodities: 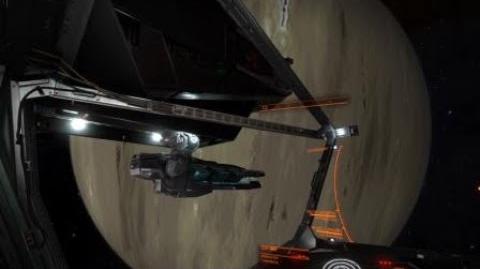