Purges ship's heat into a disposable sink block, which is then ejected. Requires ammunition.

The Heatsink Launcher is a utility module that can be used to temporarily reduce a ship's heat levels. When activated, all of a ship's internally stored heat is rapidly transferred into a heatsink, and then the heatsink itself is ejected from the ship.

The Heatsink Launcher can be used both in normal space and while in Supercruise. Heatsinks are most commonly used in connection with Silent Running or with larger ships dumping excess heat when making multiple hyperspace jumps or straying too close to a star while fuel scooping. Heatsink Launchers are also important to prevent overheating caused by the use of Shield Cell Banks or other high-heat modules and weapons. Additionally, deploying a heatsink partially replenishes the Power Distributor's WEP (weapon) capacitor; each active heatsink provides 2.0MW/s of power to WEP, allowing more powerful weapons to be sustained for a short period of time. This effect stacks with multiple heatsinks.

Heatsink Launchers are installed on a ship's Utility Mount. Multiple launchers can be installed, but activating them will only ever fire a single heatsink from one launcher at a time, even if all Heatsink Launchers are linked to the same fire group. Each launcher holds 3 heatsinks and each heatsink can hold approx 90-100% of the ship's maximum heat capacity. Heatsinks can be launched via a dedicated key binding or the fire button of the fire group to which the launcher is assigned. Hardpoints do not need to be deployed to launch a heatsink.

Heatsinks can be restocked at Starports, or via Synthesis. 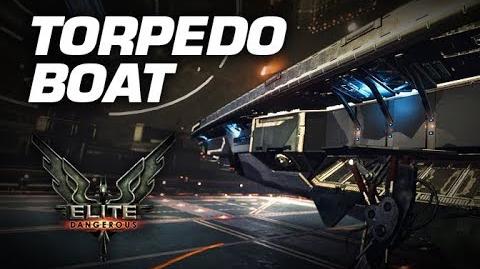 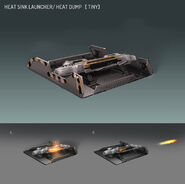