Start a Wiki
Humans are a sentient species of bipedal mammals, native to planet Earth and the Sol system. Since the discovery of faster than light hyperspace travel, humans have rapidly expanded beyond Sol. They primarily populate a region of the galaxy known as the Core Systems and have colonized all sorts of planets from airless to atmospheric worlds. Many stations were constructed so that humans can live, produce and trade goods and services in space. Humans engage many different activities such as trading and exploration. They're a Type II civilization according to the Kardashev scale.

Humans have a robust physiology. They are bipedal mammals and generally strong, fast and agile. They reach physical maturity at around 18 years old. Then they enter the workforce or continue their education for a profession. The average human lifespan is naturally about 79 years, but advanced biotechnology and cybernetics have substantially increased longevity. Progenitor Cells are used to restore damage in older human cells and greatly extend human life expectancy.

Since the late 20th century there's been increased mixing of different human ethnicities. This resulted in certain recessive physical traits becoming rare such as blue and green eyes as well as blonde and red hair.

The Empire supports and uses human cloning extensively. Other factions find it abhorrent and have banned it within their own jurisdictions. The Federation prefers mechanical artificial intelligence.

The human species (Homo sapiens) evolved from apelike ancestor over the course of 6 million years BCE (Before Common Era). Scientific evidence shows that humans and the great apes have a common ancestor that existed 8 to 6 million years BCE. Earth's African continent is where much of human evolution occurred. Fossils dating from 6 to 2 million years BCE originate only in Africa.[1]

During much of human history, people lived hunter-gatherer lifestyles. The invention of agriculture in 12,000 BCE allowed people to live in permanent settlements which became cities and civilizations. Food could be produced to meet consumer demand so Earth's population grew from 5 million in 8,000 BCE to over 7 billion in the 21st century CE.[2] As agriculture secured people's primary needs for food, this allowed attention to be focussed on other things, like science, trade, technology, art and innovation.

The demand of individuals and businesses to trade easily led to innovations in commerce and finance. In 9000 BCE people bartered goods they had in surplus for things they lacked, such as cattle, sheep, vegetables and grain. The first known currency was created by King Alyattes in the ancient kingdom of Lydia, modern-day Turkey, in 600 BCE. The first coin ever minted featured a roaring lion design. Bank notes were developed in around 1661 AD. An advantage of paper money was that it could be mass-produced without relying on rare or expensive raw materials like gold and silver; in spite of this, its value is more unstable than precious metals. The first credit card was introduced in 1946. The first decentralized digital currency, Bitcoin, was invented in 2009 and wireless payments gained popularity. The invention of money and commerce has been essential to developing trade networks, fostering cooperation and understanding between different cultures and peoples across Earth.[3] Entrepreneurship and innovation lead to the Industrial Revolution, starting in Western Europe in 1760 AD, and the Digital Revolution in 1970 AD with inventions like digital electronics. Commerce brought people and countries together through mutual cooperation, division of labour and trade.

Many great powers and empires have risen and fallen throughout Earth's history. According to the treaty of Chaumont in 1814, a "great power" is a nation or state that, through its great economic, political and military strength, is able to exert power and influence over not only its own region of the world, but beyond to others.[4] The most significant were:[5]

In the 16th century to the mid-20th century several European maritime powers used their technological and military advantages to establish colonies and claim vast territories in Asia, Africa, and the Americas. European culture and technology spread throughout the less developed world. During the 19th century and early 20th century most of Earth's landmass was controlled by European powers.[8][9]

World War I (28 July 1914 to 11 November 1918) was the first global war, and originated in Europe. World War II was the second global war (1939 to 1945) and had two opposing military alliances, known as the Allied and the Axis powers, comprising the majority of Earth's countries. World wars were different from previous wars, because they were fought between powers that had many colonies overseas. This meant that when two colonial powers went to war, their overseas territories went to war as well. The different ideologies and regimes from classical liberalism to national socialism, fascism and communism clashed in very destructive conflicts which killed tens of millions of people in both world wars. The remaining colonies gained independence in the mid-20th century, after World War II came to an end.[10][11]

A Superpower is a state with a dominant position, which is characterized by its extensive ability to exert influence or project power on a global scale. They are the preeminent powers among the great powers. After World War II, the United States of America and the Soviet Union were the only remaining superpowers.[12] The Soviet Union's communist regime dissolved in January 1992. Afterwards, the United States was considered a hyperpower for a short time,[13] because it greatly exceeded any others in its political environment along several axes (military, economic, cultural).

The history and lore of Elite is a continuation of real-life modern history. Elite Dangerous takes place 1286 years in the future. In-game time moves at the same speed as real time.

Rise of the Federation

World War III (2044-2055 AD) was the worst war ever waged across planet Earth. It brought much destruction and loss of life. Eventually, after 11 years of war, the fight was gradually abandoned.[16] The dominant power after the Third World War was the United States of the Americas. The remaining other countries joined it over the next few decades and it was renamed "The Federation."[17] All people on Earth became Federal Citizens. Civilization had been severely ruptured, and the governments and military no longer had the ability to repair the damage done. The corporations of the era stepped in and began the slow rebuilding process. This gained the corporations a huge increase in dominance over Earth's political landscape. In many ways this was perhaps the birth of the ideologies that would ultimately influence the Federation. The 2070s saw the first human on Mars and the first permanent lunar base. This allowed humans far easier access to space, and soon many orbital cities were constructed around Earth. This was followed by the launch of interstellar probes, the heavy industrialization of the Moon and the first base construction on Mars.[18]

22nd century and beyond

The 22nd century was a time of great change. Fossils were discovered on Mars proving that life once existed there. Human expansion slowly progressed throughout the solar system. Perhaps the biggest discovery of all time was hyperspace. The ability to travel faster than light allowed humanity to escape the confines of the solar system. It was discovered in the early 22nd century, but only since 2800s could consumer ships take advantage of it.[19] Hyperspace travel and spaceships became affordable for middle-class people, similarly to cars through the 20th century.[20]

In 2210 the first signals of probes at Alpha Centauri confirmed a habitable planet existing outside our solar system. From this point on, probes continued to arrive in neighbouring star systems and soon life is discovered on Tau Ceti 3. Thus begins a new path of exploration and discovery. With the knowledge that Tau Ceti could support life, a colony ship was sent there. Before long the first colony to exist outside Sol, our original solar system, was formed. With the proof that life existed away from Earth, a mass exodus began. Massive ships were constructed to establish human colonies anywhere that may support human life. The expansion of humanity rapidly moved apace, crossing the void between star systems. New colonies and ultimately cities were formed. The Federation is dominated by corporations. They control many aspects of life, politics and business within Federation space. Most aspects of life is focused on profit. Whilst corporations are not above the law, they hold a very wide remit as far as what they're permitted to do in the name of profit.

The colossal requirements of modern interstellar economies can only be met by super-rich and super-powerful corporations, whose innumerable companies gouge entire worlds for minerals and foods, and whose factories churn out the basic goods that trillions of people need to survive. Without them and their continual drive for ever higher growth, people would starve, choke or become isolated on worlds surrounded by technology they could not use or maintain.[21]

Cheap, faster-than-light travel has enabled humanity to expand across the stars. This led to the rise of the Federation, Empire and Alliance. These major factions attract powerful people who scheme to gain more power.[20]

The middle classes of the galaxy can afford spaceships, akin to how the 20th-century middle classes could increasingly afford cars. People who own spaceships gain tremendous freedom. They're encouraged to do all kinds of jobs such as delivering goods and supplies to stations. For people at the bottom of society, however, little has changed. Space trade is seldom hampered by politics. The planet-spanning mega corporations employ entire nations and rule unchecked over vast sections of the galaxy. There's a laissez-faire attitude towards weapon ownership and people are inclined to shoot first, ask later. The general lawlessness of space, navigational hazards and fierce creatures on planets make it a dangerous place.[20]

Humans primarily reside in a colonized region colloquially known as the Core Systems, which contains about 19,000 star systems. They originated from the single-star system Sol and the terrestrial planet Earth in the Orion-Cygnus Arm of the Milky Way. Humans have created more bubbles in deep space such as the Colonia Region, Pleiades Nebula and California Nebula.

As has been recorded throughout history, humanity is not prone to agreement over ethical, political, religious, and economic views. It remains this way today in the 34th century, with the human-colonized space held by numerous groups with various ideals and conflicts of interest.

There are three major factions, known as galactic superpowers, and several lesser Powers in human-colonized space. The Federation is based in Sol and is a representative-electing democracy. The Empire is based from the system of Achenar and is a hereditary monarchy. The Alliance is based from the system of Alioth and is a confederation of independent systems working cooperatively. Powers are influential individuals or organizations who strive to control human-inhabited space for their own agendas in Powerplay. Each Power can control a vast number of systems that are aligned to both major and minor factions. In addition to the three galactic superpowers and the powers, there are also many minor factions. The faction with the highest influence within the system will usually be the controlling faction of that system. System control falls on the faction that owns the controlling station. The government of a system is ruled by a controlling faction, and if that faction is classed as Anarchy, then no formal laws will apply in the system. 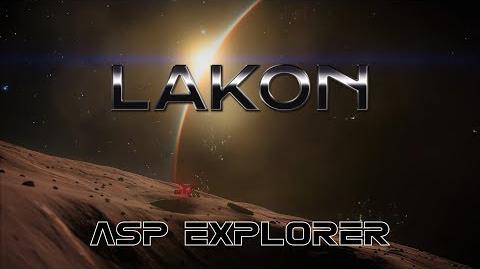 The Core Systems is where powers compete for influence, resources, territory and control.

Retrieved from "https://elite-dangerous.fandom.com/wiki/Human?oldid=127712"
Community content is available under CC-BY-SA unless otherwise noted.