A hyperdiction is an interdiction that occurs while a ship is travelling through hyperspace, a higher-dimensional region in which travel between star systems at superluminal speeds in possible. At present, only Thargoid Interceptors are known to possess technology capable of interdicting ships in hyperspace, while human vessels can only interdict ships travelling in Supercruise via a Frame Shift Drive Interdictor module. Hyperdictions are known to occur in proximity to the Pleiades Nebula and Witch Head Nebula, where Thargoids are most concentrated, and when jumping to any systems that are experiencing an Incursion.

When a hyperdiction occurs, the hyperspace corridor generated by the affected ship's Frame Shift Drive is forcibly collapsed by one or more Thargoid Interceptors. The ship is then pulled out of hyperspace on the edge of the system it was jumping away from, and the pursuing Interceptors release a powerful shutdown field that completely disables the ship's systems before scanning it. If the ship is carrying any Thargoid-related Commodities, such as a Thargoid Sensor, the Interceptors may become hostile and attack if the items are not quickly jettisoned. Otherwise, the Interceptors will depart the area without any further interaction, and the ship can resume its journey. 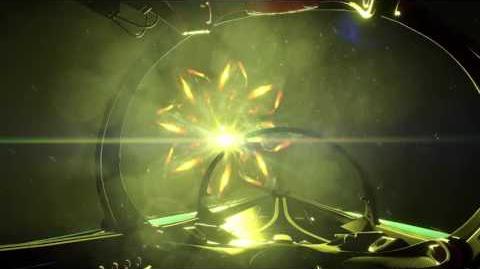