The pride of Gutamaya's shipyards, the Imperial Cutter is a formidable all-rounder. With sufficient armour and shielding to withstand all but the most determined attacks, and a total of seven hardpoints, the Cutter boasts an intimidating combat profile, while its substantial cargo hold makes It a solid choice for traders.

The Imperial Cutter is a ship manufactured by Gutamaya for the Empire. It serves as the Imperial Navy's counterpart to the Federal Corvette, and purchasing it requires achieving an Imperial Navy rank of Duke. The most expensive ship on the market that can be manned by a single pilot, the Imperial Cutter epitomizes Gutamaya's synthesis of form and function. While the Federal Corvette surpasses it in terms of sheer firepower and the Anaconda excels at versatility, the Imperial Cutter still wields a formidable array of weapon hardpoints, the largest maximum cargo capacity of all ships, and enough armour and shields to shrug off damage from all but the most tenacious attackers.

The Imperial Cutter is expensive and ponderous, but overall a very effective multi-purpose ship with a heavy armament. It lacks the versatility of the Anaconda and the combat prowess of the Federal Corvette, but has considerable potential as a trading vessel that can easily defend itself. Traders looking for a stylish, powerhouse ship with ample cargo capacity will usually find the Imperial Cutter more than satisfactory, while fighters and explorers may prefer the Federal Corvette and Anaconda, respectively.

With a staggering 794 tons of max cargo capacity, the Imperial Cutter has the largest cargo bay of all playable ships in the game, making it an ideal ship for traders. However, it is also the most expensive ship in the game at a cost almost three times higher than a Type-9 Heavy, which has a max cargo capacity of 790 tons; only 4 tons less. It also has a lower cargo capacity when shielded, as the Type-9 can equip a lower class Shield Generator. The very high rebuy and repair costs of the Cutter makes shieldless runs incredibly risky, so it is important to keep this in mind as every bump and scratch will cut rather heavily into profits and like the Type-9, it is very difficult to dodge an Interdiction in the Cutter. Combined with its required Imperial Navy Rank can make the Cutter a much less appealing ship for traders.

Unlike the Type-9 Heavy, it is extremely well-shielded, very fast for its size, and much better armed, giving it far greater combat survivability, especially in the piracy role, as it is capable of holding its own against a Federal Corvette, Anaconda, or Type-10 Defender. In addition, with plenty of internals available to mount mining accessories while still leaving the largest open for cargo holds, excellent speed for moving from asteroid to asteroid, and a sufficiency of medium weapon mounts, the Cutter is an excellent choice for mining, if rather excessive. Keeping a shield generator on will let it handle most NPC pirates; however, the Type-9 will outdo it in terms of cargo capacity in this scenario.

When compared to the other two of the big three, the Corvette and Anaconda, the Imperial Cutter has several notable downsides, other than just the price tag. It has a much lower jump range than the Anaconda, though better than the Corvette, and while it has impressive combat potential, its Class 7 power distributor isn't quite as able to keep all its hardpoints effectively powered when compared to the Class 8 of the other two; thus the ship slightly pales in combat potential compared to the other two. While its manoeuvrability may be off-putting to some, it can easily be alleviated with Engineering, allowing the Cutter to reach slightly over 28 degrees of pitch on certain builds. Compared to the significantly cheaper Type-10, it has the same manoeuvrability and fewer hardpoints although its superior placement and good speed give it a huge advantage over a Type-10 in combat; it also has much higher pitch and yaw speeds. The Cutter also has a staggering mass lock factor of 26, tied with the Type-10 for the highest of all conventional ships. The only non-capital ship with a larger mass lock factor is the Thargoid Interceptor, so the Cutter can only be mass locked by other Cutters, Type-10s, and Interceptors.

All ships are highly customisable through the Outfitting menu of Station Services. Listed below is the default load-out for the Imperial Cutter. 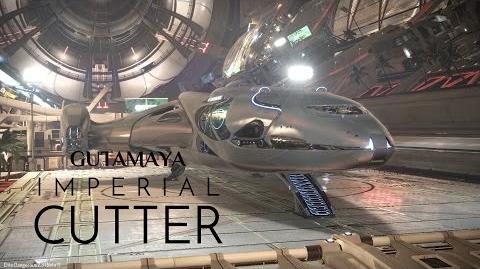 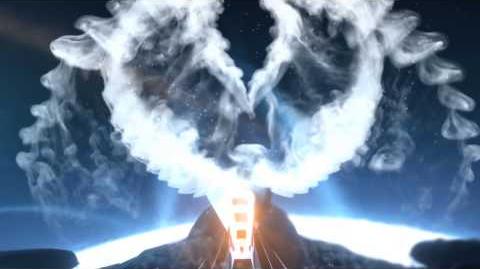 The Imperial Cutter, because size matters 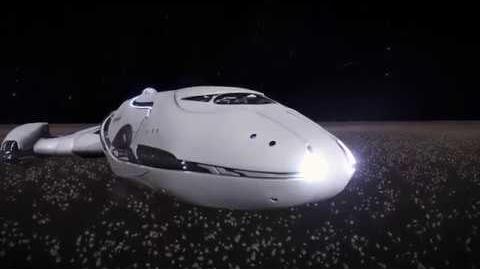 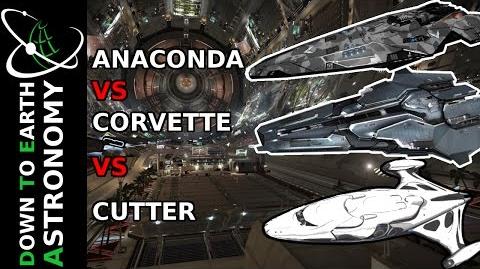 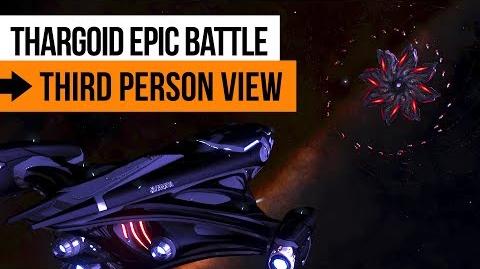 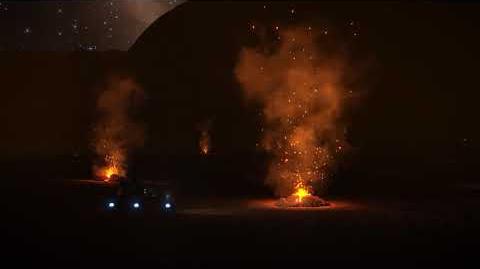 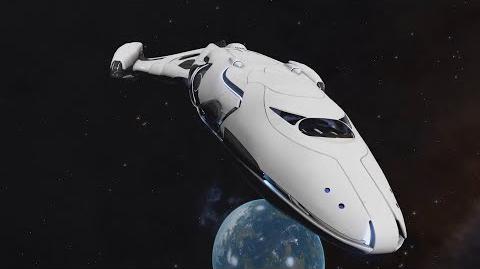 One huge and two medium hardpoints right below the cockpit

Two large hardpoints on top of the ship

On a landing pad, note the little lights

Combat with a wanted Anaconda 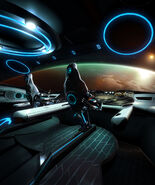 Imperial Cutter side profile while landed on a planetary body

Two Imperial Cutters preparing to deploy from a Fleet Carrier