Admiral of the Fleet Denton Patreus

Defend the Empire and its member systems

The Imperial Navy was established alongside the Empire in 2296. Initially a small local defence force for Achenar, it entered its first major conflict in 2324, when the Federation sent a fleet from Beta Hydri to forcibly annex Achenar in response to the Empire's perceived genocide of the Mudlark species native to Achenar 6d. When the Federal fleet under Admiral Richard Morgan arrived, the Empire was prepared and ambushed it, then severed its lengthy supply lines. Morgan became entangled in a losing battle of attrition rather than the single, decisive confrontation he had planned, and the Federal fleet was repeatedly stymied in its attempts to establish a foothold in the system. In 2325, Emperor Henson Duval pressed all of the Empire's civilian ships into service alongside the Imperial Navy, creating the Imperial "People's Fleet", which launched a massive, coordinated counterattack against every element of the Federal invasion force that became known as the "Great Battle of Liberation" or "Battle of Achenar". The Imperial Navy drove the invaders all the way back to Beta Hydri, where the two military forces skirmished with each other for over fifty years in the first Federal-Imperial cold war.[1]

Following the shutdown of Aegis on January 18, 3308, its role in defending the superpowers from the Thargoids in the ongoing conflict devolved to each superpower's military force. The Imperial Navy was granted a budget increase by the Senate at Senator Patreus's request so that it could assume this new responsibility.[3]

For the ranks of the Imperial Navy Auxiliary, see Empire/Ranks. 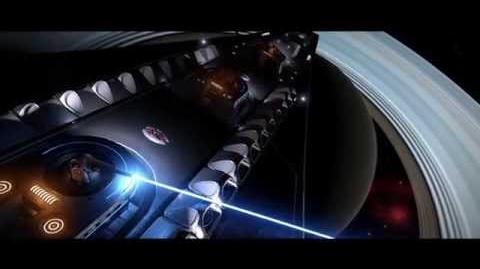