Handheld Weapons
Consumables
The Mercenary role involves working as a gun for hire. On Foot Mercenary work is recognized by the Pilots Federation, which bestows ranks to commanders based on their success and profits. Mercenary work aboard ships, which requires fighting in Conflict Zones and amassing Combat Bonds, is tracked as part of a commander's Combat rank.

Note that Mercenary ranks only apply to On Foot activities.

All On Foot mission types count towards the Mercenary rank ladder. Mission types are highly varied, ranging from simple, potentially non-combat tasks, to illegal raids on settlements. Missions can be accepted from a Concourse's Terminals and local mission providers. When interacting with local mission providers Commanders can negotiate for increased rewards, with the highest level of success potentially doubling the maximum possible rewards.

Mercenaries can also participate in large-scale battles for control of settlements by accepting missions with Frontline Solutions. Combat bonds from these encounters will also grant Mercenary rank progress.

The amount of enemy ships in a Conflict Zones can be overwhelming, especially if they focus their attacks on a single ship. Therefore it is recommended to have some combat experience and a sufficient fighter ship, or a wing before entering.

Missions can target different factions and NPC roles and are most commonly spawned by factions in conflicts or unrest. Over 100 kills may be demanded by a single mission. The total reward and reward per kill both increase with the number of kills demanded.

If the player has multiple missions to kill certain targets, then kills will count towards the first Mission accepted until it is accomplished. This makes mission stacking less profitable than accepting large missions.

Doing this as wing of players makes it safer and more efficient.

Please be aware that after accepting a mercenary ship combat mission and traveling to the mission sector it is ill-advised to respond to Unidentified Signal Sources. If you find a USS event that updates the mission with the abandon reward or an alternate target, it resets your kill counter. Solutions:

Sometimes, there will be no Conflict Zone at the designated mission location. Currently, there are no workarounds for this bug, as leaving and returning to the system does not resolve it. Find a USS with the NPC that offers the alternative abandon mission and accept that. 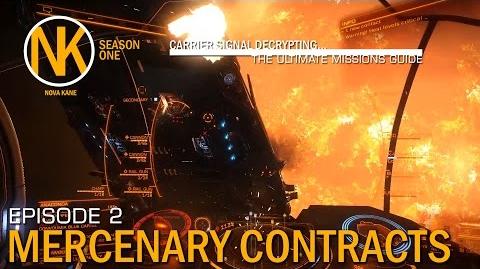 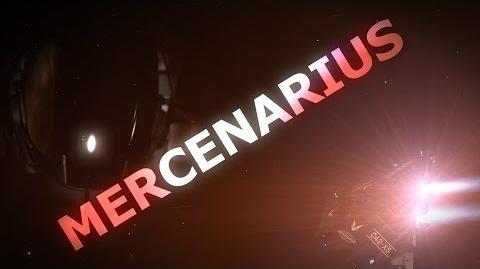