Mic Turner (romantic partner)
Walter Argent (ancestor)
Meredith Argent was one of the two co-founders of the Alliance, alongside his life-long business and romantic partner Mic Turner, and is believed to have served as the Alliance's first prime minister.

Before meeting Mic Turner in 3228, Meredith Argent was a scientist who led one of the Caker cells on the gas platforms in Alioth. Argent was also the direct descendant of Walter Argent, a former Federal industrialist who fled to Alioth in the 27th century to escape the Birthright Wars.[2][1]

When the Federation and Empire withdrew their forces from Alioth, Argent and Turner seized the opportunity to establish a new political system for people who sought an alternative to the two reigning superpowers of the galaxy. In 3230, the Alliance of Independent Systems was born, and became a superpower in its own right over the following decades. In honour of Meredith Argent's role in the liberation of Alioth and the creation of the Alliance, the planet New California was renamed Argent's Claim.[1] Argent was presumably inaugurated as the Alliance's first prime minister.[3]

As the Alliance expanded, Argent and Turner turned to business ventures and founded the aerospace company Argent Aerodynamics Amalgamated Inc (AAAI), based out of New Rossyth Shipyard on Turner's World. The company debuted its first ships in 3237, and by 3252, it was working on the Quest-class long-range exploration ship, which was intended for use in an expedition to locate the mysterious Thargoids. Turner piloted a prototype named Turner's Quest for test flights in Pleione in the Pleiades Nebula, but was never seen again after jumping out of the system. Argent held a memorial service for Turner the following year, and continued to pursue their dream of contacting the Thargoids by launching a second Quest-class ship named Argent's Quest. It is rumoured that this expedition was successful, and was a primary factor in the dissolution of the Intergalactic Naval Reserve Arm.[1]

By the 34th century, Argent had passed away. His legacy is managed by Argent Incorporated, which maintains a facility in Alioth but no longer manufactures ships.[1] 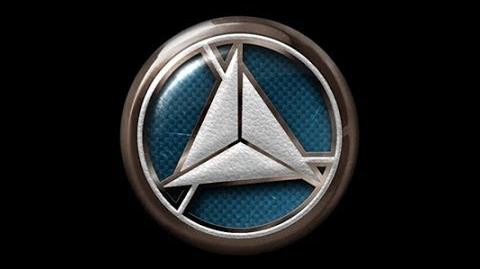