The Mission Board, known as the Bulletin Board before update 2.1, is where players can accept available mission contracts in star systems of the galaxy. It is accessed via the Station Services interface.

A variety of missions are offered by Faction Representatives (NPCs), of which it shows images of, their faction name, their superpower allegiance, your reputation with that faction and the number of mission contracts they currently offer. The faction status details show government type, their current influence in the system and any states they're in.[1]

When selecting a mission it will show more details such as mission objectives, potential hazards and risks, as well as full reward details. Missions that require planet surface activities have a planetary identifier Icon.

Missions that are unavailable show the unfulfilled requirement, such as not having enough reputation, cargo space, or cash (for donations).[1]

Most missions offer a choice of three rewards. One will offer primarily credits, whilst the other two can offer greater reputation gain, commodities, materials, and/or greater influence increases in exchange for less credits. Some materials used for Engineering, and some commodities needed to unlock access to certain Engineers, can only be acquired as mission rewards.

If the player's ship gets destroyed then the mission fails in most cases, as mission data will be lost and mission items cannot be replaced.

Courier Missions are one of the most common and simple types, and involve transporting either data or commodities from one Station or Surface Port to another. They will fail on ship destruction, as the data will be lost and the commodities are unique, though commodity courier missions allow for partial completion if at least 50% of the total amount is successfully delivered.

In some cases the goods may be illegal at the destination, in which case the mission will be clearly marked as a Smuggling mission.

The type of goods supplied will typically influence existing and upcoming faction states; delivery of food will counter famine states, and so on.

Upon entering the destination system, these missions may offer a time bonus for completing it within a particular window of time (e.g. the next five minutes).

Supply Missions involve either the acquisition and delivery of general goods, or a donation of credits/goods. The goods can be acquired from nearby/local markets; occasionally even from the issuing station/port.

In systems with resource sites, stations may offer "Mining Rush" missions. These simply require mining, refining, and delivering the specified quantity of a specific resource from local asteroid belts.

Donation missions offer only reputation and influence as rewards, but credit donations can be a quick and easy (if sometimes expensive) way to make new friends; they can be completed as soon as they're accepted from the mission board.

As with Courier missions, the type of goods supplied will often have an influence on existing and upcoming faction states.

Assassination Missions require the location and destruction of a specific target ship. Targets are usually pirates, but may also be generals, deserters, politicians, or (supposedly) infected individuals, depending upon faction/system states. Occasionally, the mission will have "Wetwork" in the title; the target will not be revealed until arriving in the specified system, and will possibly be a civilian.

The location of all targets will usually be unknown until the local Navigation Beacon or a specific Data Point has been scanned. A Discovery Scanner may also be used to track down targets. If the Navigation Beacon does not reveal the target's location, they can possibly be coaxed out of hiding by entering random Unidentified Signal Sources in the system.

Pirates will usually attempt to interdict any would-be hunters, or may even jump in to ambush them at the Navigation Beacon, at Signal Sources, or even when they're busy fighting other pirates. Others, particularly Deserters, prefer to flee when encountered and will likely need to be interdicted after being traced.

Rarely, these missions may offer a bonus for destroying the target without losing your own ship in the process.

Massacre Missions involve hunting down and destroying a specific number of ships from a particular faction, often (but not always) as part of a Civil War. These are most often Pirate ships, but they may be Civilians. Anarchy factions will usually openly refer to the targets as Civilian, whilst legal factions will typically only refer to the mission as 'Spec Ops' or 'Black Ops', and only reveal the target's identity on arrival in the destination system.

During a Civil War, target ships can easily be found at any Conflict Zone involving one of the relevant factions, though these areas are of course quite dangerous.

Obviously, missions involving the destruction of civilian ships will be very illegal at the destination unless it's an Anarchy system. Spec Ops or Black Ops missions may also have special modifiers that slow (or stop) the arrival of System Authority ships when engaging mission targets.

One variant of Massacre missions exclusive to Horizons requires destruction of a certain quantity of Skimmers at a specified Settlement. These missions do not technically require the use of an SRV, but hitting Skimmers with ship-mounted weapons is challenging and many settlements have large Trespass/No-Fly Zones alongside arrays of anti-ship laser batteries. Whilst the missions specify "Sentry Skimmers" (suggesting that only the S4 Sentry counts), other models such as Stingers or Guardians can also count towards the completion goal.

Technically a subset of Supply Mission, these missions involve tracking down and stealing or liberating goods from a specific target or group of targets. Sometimes they're legal missions, which require the recovery of stolen goods (or sometimes hostages) from a particular craft, whilst others will be illegal and require interdiction (and possibly manifest scanning) of civilian shipping vessels to acquire the items in question.

If a specific craft must be raided in order to retrieve the items, the mission briefing will also provide a time window during which they can be encountered. Careful aim and/or Hatch Breaker Limpets are advised; destroying the target whilst they are still carrying mission items will result in mission failure.

Recovery missions involve the retrieval of specific goods - sometimes legal, sometimes not - from deep space or planetary surface locations. Goods include items like black boxes, commercial samples, lost artwork, military plans, or other miscellaneous commodities. The location of the items in question - if not provided by the contractor - can be revealed either by scanning the local Navigation Beacon or by using a Discovery Scanner.

When recovering items from a deep space Signal Source, care should be taken to check the Threat level before arrival; a Threat higher than 0 indicates that hostiles will arrive shortly after entering the location, so be prepared to either stand and fight, or recover the items before they arrive.

Sometimes, factions may request an Illegal Recovery mission, or (during a Civil War) a Civil War Recovery mission. In the former case, System Authorities will have to be avoided (as the item will be marked as Stolen), and in the latter, pilots should be prepared to deal with the swift arrival of hostile craft from the opposing faction at the recovery site.

Surface recovery missions do not strictly require an SRV if using a small enough ship, but this approach is awkward. Note that Collector Limpets will have issues with retrieving surface cargo

Aside from planetary Recovery missions, there are two other mission types involving surface sites; Data Recovery/Theft, and Generator Sabotage. Both mission types require the use of an SRV.

For Data Recovery/Theft, a site must be located (using the local Nav Beacon or a Discovery Scanner), and a Data point at that site then interacted with using the SRV Data Link Scanner. This site will typically be a randomly-generated Outpost or Building rather than an actual Settlement. The site will be lightly protected by Skimmers (some of which may be buried) and Defense Turrets. Data points are sometimes Public, but usually Private and located within a Trespass Zone. Some sites may also have additional loot in the form of items like legal salvage containers and escape pods.

Generator Sabotage, meanwhile, requires the identification and destruction of a specific generator type (e.g. Comms, Defense Grid) at a target Settlement. These sites have extensive no-fly zones and serious defensive networks, so approaching on the ground with an SRV is essentially mandatory (though some lightly-defended sites can be attacked by ships or fightercraft directly) to avoid ship destruction.

Both mission types can be a good source of Encoded Materials due to the presence of scannable Data Points, and they can also provide Data Point Intel Packages. 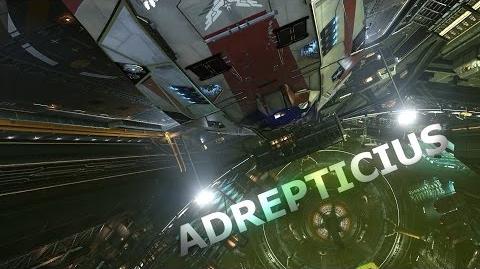 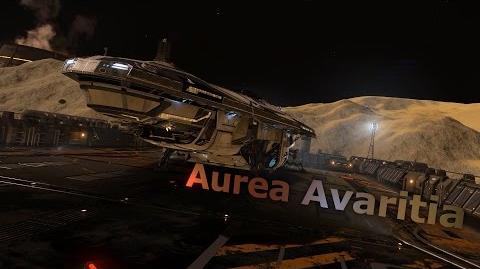