Any ship with 2 or more pilot seats

Fighter Hangar
Turreted Weapons
Multicrew is a feature in Elite Dangerous that allows players to serve as crewmembers on each others' ships, instantly transferring them to a secondary bridge position via drop-in, drop-out matchmaking. It is accessible via an option under the Social tab in the Comms panel of the HUD, and automatically activates voice-chat when in use. Players cannot be invited to join a crew if the host player is in a Wing.

Only ships with 2 or more pilot seats are Multicrew-compatible. Players can control the Helm (Piloting), Gunner (turreted weapons), or Fighter-con (up to two Ship-Launched Fighters). NPC Pilots can also be hired to fly SLFs.

Lead Designer Sandro Sammarco explains: "Fundamentally, Multicrew is about having fun with friends, so we want to make sure there are as few barriers to enjoying this feature as possible, starting with the crew formation process. We want to make it as easy as possible to start having fun on a multicrew ship."[1]

As long as their ship has enough seats (different ships have different multicrew capabilities) a Commander can directly invite players or can set their vessel to allow multicrew access. Commanders looking to play as crew members either accept direct invites or activate a new “looking for ship” feature, which will automatically place them as crew on a suitable vessel with multicrew access allowed, making the process quick and painless.

The ship's owner always takes the role of helm, piloting the vessel and operating fixed and gimballed weaponry. They also control NPC Fighter Pilots. There can be up to two additional crewmembers, depending on the vessel, who can perform roles to enhance the ability of the ship. Players can also simply come along for the ride, either for fun or to learn from more experienced players. The helm also retains control over distribution of power, navigation, and synthesis.

The gunner role allows a crewmember to take control of all turreted weapons on the ship. They do not need to jump between turret views though. Using a third person interface, they control a reticule that all turrets within their arc will automatically follow; giving them an improved spatial awareness and easy control of all turreted weapons. They also have access to two “quick slot” fire buttons, in addition to normal fire groups, that they can customize with modules, allowing them more options for activating weapons and scanners.

The fighter con role lets a crewmember launch and control a fighter, even if the helm has already launched a fighter using the NPC crew. This allows multicrew ships to have two fighters active at a time. In addition, if the ship has enough fighters, both crew members can take on the fighter con role, meaning three human-controlled ships can be flying at the same time.

Crew members can switch roles dynamically as they see fit. The ship owner is always the helmsman.

Ship re-buy premiums are also reduced for each crewmember. Again, the purpose of this is to lower the bar to access and ease of use, especially when dealing with vessels that can cost a lot of credits.

However, as they share the benefits, so too do they share the punishments. Any crime that the ship suffers is applied to all crewmembers equally. When a Commander leaves or ends a session, the crew will have the option of avoiding taking the crimes with them, but in doing so, will lose all credits earned.

In Multicrew, anyone in the crew will have access to the Full System Scanner and the Detailed Surface Scanner (only the gunner is able to use this module). Whilst exploring in a wing, as long as you are in the same system as the wing, you will share the data you have discovered.[2]

Pilots use telepresence to appear in other people's ships as Holo-Me holograms.[3] 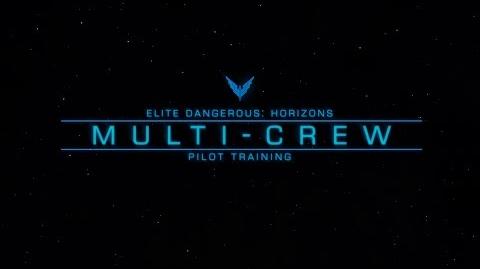 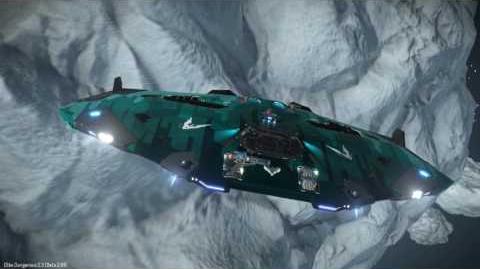 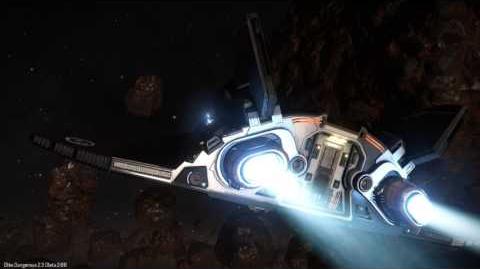 The perspective from the Anaconda's 4th pilot seat