Mycoid, also referred to as the "mycoid virus" and the "mycoid particle", is a fungus-based biological weapon that was developed by the Intergalactic Naval Reserve Arm to combat the first Thargoid invasion in the mid-3100's. Although devastatingly effective at the time, the Thargoids are believed to have developed an immunity to mycoid since their initial exposure to it, making the use of mycoid in the Second Thargoid War highly unlikely.

INRA knew that Thargoid tech was partly biological, but they couldn’t find a way to use that fact to their advantage.[1] Research into Thargoid technology at Hollis Gateway facility in the Hermitage system, one of several secret INRA bases, eventually yielded an accidental discovery. A junior researcher looking into the agricultural applications of Thargoid tech noted the deleterious effects of a certain type of fungus on it. The researcher reported his find to INRA leadership, going over the head of his dismissive superior, Chief Researcher Bexley Prince.[2][3] INRA's interest was piqued and they ran with the research, later developing the fungus into a biologicial weapon known as "mycoid" despite the junior researcher's ethical qualms.[4]

The mycoid weapon was taken to Klatt Enterprises in Alnath for testing. It was hoped that the bioweapon could be used to attack Thargoid hyperdrives and incapacitate them, stopping the Thargoids from traveling and ending the war in a single stroke. Test results on both Thargoid technology and two captured Thargoid specimens confirmed that the mycoid was debilitating to both, causing paralysis and extensive degeneration. At this point, several researchers left the project in protest over the use of the living specimens for weapon experimentation. However, others believed the Thargoids only understood destruction and would stop at nothing to exterminate humans. Those who had seen, first hand, the effect of their weapons – seen the destruction, the chaos, the bodies – wanted them to suffer. Thus they considered it a moral obligation to use the bioweapon to prevent a catastrophic loss of human life by the Thargoids.[1][5]

Experiments on a living Thargoid specimen also occurred at the INRA base named Stack. They built some testing apparatus and a secure enclosure. It's shaped like an octagonal pit. Recovered security reports indicate that the Thargoid specimen made several escape attempts, the most recent of which results in a number of deaths. The specimen appeared to be in poor physical health, but undoubtedly alive. The specimen was highly resilient and seemed to be able to withstand severe physical trauma, even to the point of losing limbs. Chemical and biological weapons were tested on the specimen.[6]

With its effectiveness beyond doubt, mycoid was then mass-produced at multiple INRA facilities, such as Mayes Chemical Plant in HIP 59382, before being shipped to Hogan Depot in HIP 7158 for storage and subsequent distribution to various additional sites.[7][8]

One of those sites was Velasquez Medical Research Center in LP 389-95, where a vaccine for mycoid was produced. Although the vaccine could not reverse damage already caused by mycoid, it could completely halt the weapon's spread and prevent further damage. When the vaccine was completed, the facility was shut down, with the staff relocated and all research removed.[9]

Final preparations to deploy mycoid against the Thargoids were made at Taylor Keep in 12 Trianguli. A consignment of medium-range missiles were armed with weaponized mycoid from Klatt Enterprises. INRA hired the famous CMDR John Jameson to deliver the payload, modifying his Cobra MkIII for the mission and equipping it with the missiles.[10] Jameson departed the base believing the weapon he was tasked with deploying would only disable the Thargoids' hyperdrives.[11]

After successfully launching the mycoid missiles at a Thargoid Mothership and making his escape, Jameson was horrified to learn from his sensors that the weapon was not just disabling the enemy vessel, but was in fact killing every Thargoid on board. Unfortunately, Jameson did not live to tell the tale. INRA had installed a program that shut down his ship's systems to ensure that he did not return from his mission. His ship crashed on HIP 12099 1 B.[11]

It is believed that the mycoid weapon killed enough Thargoids to force them to retreat from human space entirely by 3151. Analysis of Thargoid Scout wreckage discovered in the HIP 17125 system on September 28, 3303 confirmed that the vessel had been contaminated by mycoid, and was likely one of many victims of CMDR Jameson's successful attack.

Following the rediscovery in 3303 of several abandoned INRA bases where mycoid had been developed and tested, as well as the wreckage of CMDR Jameson's ship which included audio logs of his mission, the moral dilemma of INRA's use of mycoid during the first Thargoid conflict became a point of controversy among the public. However, it is widely assumed that the Thargoids have since developed an immunity to mycoid, rendering it an ineffective weapon against them in the Second Thargoid War.[12] 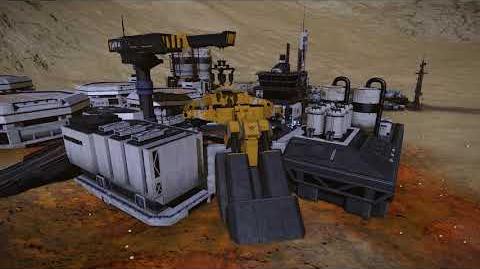 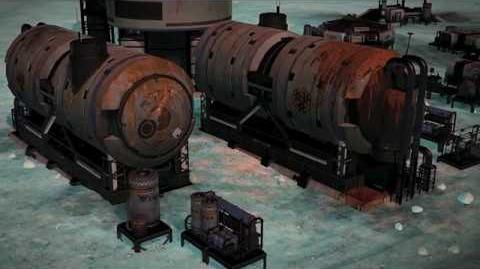 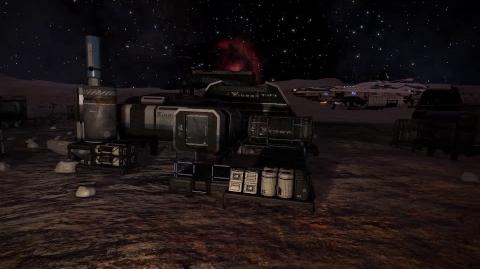 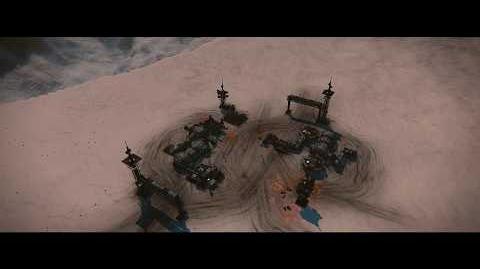 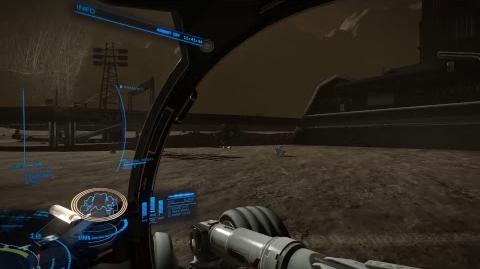 Mycoid and a Thargoid Scout 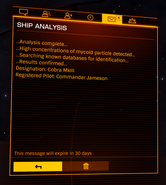 Retrieved from "https://elite-dangerous.fandom.com/wiki/Mycoid?oldid=117589"
Community content is available under CC-BY-SA unless otherwise noted.