The Neutron Highway is a network of charted and optimized routes that contain a high percentage of neutron stars and white dwarfs along the route; systems that temporarily allow ships to supercharge their FSD via the neutron jet streams. These highways are a means for ships to traverse large distances between two set locations using far fewer jumps than the conventional method. This guide is courtesy of Erimus.[1]

Is this faster than regular travel?

This really depends on the individual. Everyone has their own techniques when doing the hyperspace grind. Some are more proficient at the 'buckyball method' of traveling and using the map, where others are more cautious and methodical in their approach. Travel times can vary greatly depending on the player. For this reason it is proposed that neutron travel routes should be judged by the number of jumps they save in total, compared to the number that regular travel would take - and not based solely on the time it takes for individuals to traverse them. Looking at the number of jumps saved, and comparing it to your own experience, proficiency, and method of fast travel, should give you an idea of whether the route will benefit you or not.

But for an example, it has been proved that a 33 LY ship can travel almost 5,000 LYs in less than 90 minutes using a pre-defined route (see linked video below). This shaved around 1 hour off the conventional travel method for a ship of that range across that kind of distance. But this does not mean that everyone will experience the same results. As I say, a whole lot of other variables need to be taken in to account.

What are the dangers?

Neutron travel can be deadly if you drop out of supercruise inside the neutron jet. This can occur by accident (pressing the drop out key bind by mistake), or by misjudging your position relative to the neutron star and hitting the automatic drop out zone while supercharging. You can avoid this 99% of the time if you zero your throttle during the hyperspace sequence toward a NS. You can also avoid being 'sucked into the drop out zone' by immediately turning away from the neutron star upon hyperspace exit, and gliding into the far edge of the NS plume to supercharge where you should have sufficient distance to ride the jet and exit the plume safely. But remember nothing is 100% safe with neutron skimming!

If you lose connection inside a neutron jet, do not log back in! Submit a ticket to game support and they will investigate your net log activity, if you genuinely lost connection, they will move you to a safe system (this info is based on forum comments circa Oct 2015). Alternatively you can attempt to low-wake out of the jet by selecting a celestial object within the system and initiating supercruise (this avoids the need to align-to-target 'high-wake' method, which is virtually impossible while caught in the turbulence of a neutron jet).

Other things to watch out for are FSD damage. Supercharging can damage your FSD and this damage mounts up. It is recommend to drop out of SC (away from a NS jet), and repair your FSD when it drops below 90% integrity. Don't leave home without an AFMU if you intend to use the neutron grid!

Also be wary of 'continuous neutron hopping' - i.e. jumping from neutron to neutron and forgetting to hit a regular star once in a while to refuel!

At around 6,000 LYs from Sol, and between 1,000 and 1,500 LYs below the galactic plane, a layer of neutron systems can be located. The closer to the galactic core you travel, the denser this layer becomes - making neutron hopping more and more viable the further coreward you go.

The 'Goldilocks' zone for creating a network grid of neutron highways, starts around 6,000 LYs from Sol and stretches all the way to the outer galactic core. Closer than 6K from Sol and the density of neutrons is not sufficient enough to make optimal routes, so the time investment does not pay off. Beyond the outer galactic core, neutrons are abundant all the way to the far edge of the far galactic core, so conversely, there is no reason to create routes when you can practically find them everywhere in those locations.

If you are thinking of creating a route, and want it linking up to the neutron grid, the intermediate galactic arms are the prime locations to do so.

The tool Elite Dangerous Neutron Router plots between two different star systems. It will prioritize neutron stars so should be avoided for journeys which are lower than 500 light years.

09/20/2016 - 2.2 "The Guardians" Beta 1 has begun. This new beta brought around a whole host of new changes, the more significant one being the updating of a star type, the "Neutron Star". This new star type had giant jet cones spewing out heavy magnetic fields out the cones of the star, and when the ship was inside this cone, the FSD would be "Supercharged".[2]

Well, when the Beta 1 came about, there was a decimal error when calculating the Neutron Boost. Instead of 25% (1/4) as originally planned, the Neutron Star provided a 400% (4/1) boost. This was not intended.

The same day, 09/20/2016 - An official statement was provided to the public detailing the mistake in the boost, drawing the public eye to the "bug" that had graced the first Beta. This bug would undoubtedly provide discussion and a large controversial subject in Elite, when is a jump range too much?

The Same Day, 09/20/2016 - The community was rallied into action! Posts about the new boost were suddenly littering the front page. The community needed to catch the eye of FDEV and reverse the "fix" to this bug. The Neutron boost was an amazing and very sought after feature for Elite Dangerous, for it provided a strong reason to finally explore deep into the depths of the Elite Universe.

After a large number of posts were made, the community had won. The 400% boost was made a feature, and the beginnings of the Neutron Highway were born.

11/06/16 - Brave souls attempted to pioneer the Highway, bringing about the name of a new super lane to different parts of the galaxy. The highway was cutting down times to Colonia from Days to just hours, the current record is in 3 Hours and 16 minutes. There were even brave souls making unfathomable times to Sag A*, some even reaching Sag A* in under 2 hours!

11/16/16 - The first Neutron Route Plotter was born! Created by the amazing Spansh, this fresh new tool made custom routes to anywhere in the galaxy, making traveling a lot easier. Early Pioneers had to manually identify and mark custom routes, slowing the process considerably, but this new tool allowed Plotting for great distances while using the new boost.

This was the defined beginning of the Neutron Highway. Using Spansh (or your own eyes), a CMDR could traverse the galaxy in mere hours, cutting down travel times so significantly and making exploring more viable to those CMDRs not wanting to spend weeks in the black. From here, the Neutron Highway was used continuously for years, up until.....

08/17/2017 - The addition of 20k LY routes as well as the ability to make use of the Neutron Boost in your routing. This didn't put Spansh out of complete commission, but this solidified The Neutron Highway as a now "easy to use" feature for everyone. 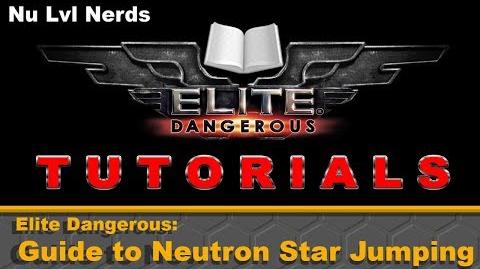 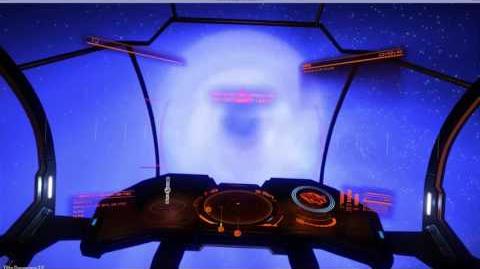 Retrieved from "https://elite-dangerous.fandom.com/wiki/Neutron_Highway?oldid=131295"
Community content is available under CC-BY-SA unless otherwise noted.