A seeking missile launcher that fires multiple specialised micro missiles that swarm and attack the target from all directions. As such they're particular [sic] hard to defend against despite each missile being significantly weaker than a standard missile.

The Pack-Hound Missile Rack is a Seeker Missile Rack variant that fires a salvo of four homing micro missiles. It is a Power-specific loyalty reward for Li Yong-Rui supporters.

The Pack-Hound Missile Rack attempts to address the shortcomings of a conventional Seeker Missile Rack. The latter relies on a single, high-yield homing missile to strike a target, and these missiles can be destroyed by a Point Defence Turret or evaded by faster ships. The Pack-Hound, on the other hand, exchanges firepower for numbers in an attempt to overwhelm a target's defences. Each Pack-Hound salvo consists of four lower-strength homing missiles that follow erratic flight paths before closing the distance and converging on the target. Although a Point Defence Turret has a reasonable rate of success against a single, slow missile on a linear path, that rate falls significantly when dealing with four evasive missiles. Additionally, even though one Pack-Hound missile is weaker than a seeker missile, a full salvo inflicts greater damage.

The main drawback of the Pack-Hound Missile Rack, apart from the ineffectiveness against shields that all missile-based weapons suffer from, is its arming distance of 500 meters. If a salvo strikes a target within that range, it will deal significantly less damage. This means that a Pack-Hound user has to keep some distance from their target to maximise the weapon's effectiveness, which can make tracking and shooting at small, nimble targets more difficult. Additionally, unlike the Seeker Missile Rack, the Pack-Hound Missile Rack is only available as a Class 2 module. 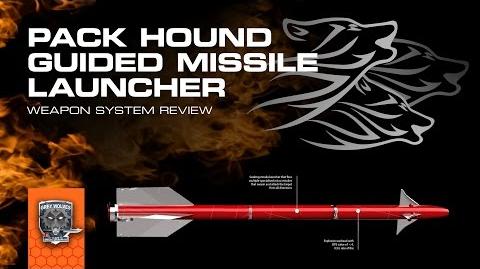 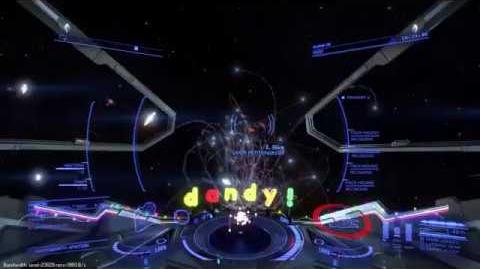 Elite Dangerous A Federal Gunship with a GPU-melting amount of Packhounds
Русский
Community content is available under CC-BY-SA unless otherwise noted.
Advertisement