Players are able to land on four types of airless planets - rocky, metal, ice and rocky/metal - which make up 61% of the planet types in the Milky Way galaxy. These planets vary in size and composition, therefore having different gravity forces affecting the flight and landing dynamics.

Some celestial body types, including water worlds and bodies with significant amount of lava covering their surface, cannot be landed on even when they have no atmosphere. The reason for this is likely due to there being no current game mechanic to deal with water, lava, and other large bodies of liquid substances. Earth's moon, Luna, cannot be landed on despite a lack of atmosphere; it is not known why. All yellow-coloured volcanic moons (similar to and including Jupiter's moon Io) will list 0.00 atmospheres, and cannot be landed on. The reason for this is unknown, though it could be due to the large amounts of volcanic activity on these moons, requiring implementation of their own game mechanics. Some bodies are permit locked for unknown reasons and therefore cannot be landed on. An example of this is Neptune's moon Triton, which could be landed on until it was unexpectedly permit locked.

The landings are graphically seamless with a small pause for instance loading, including peer-to-peer (p2P matchmaking and instance creation, and the planets can be explored in low-level flight or by using a Surface Reconnaissance Vehicle.[1] Once on the surface, players can discover constructed, as well as natural, points of interest, which can be military bases, research establishments, hideouts, starports, mining complexes, crashed ships and debris to investigate. The nature of the encounter varies depending on where the player is: the planet type and composition, and the local topography affected by geology.[2]

Landing on atmospheric planets with cities and lifeforms will be added with future updates. Check the Atmospheric Landings page for more information.

Landing on a planetary surface requires more ship management than dropping from supercruise at an orbital Station or other point of interest. It is also recommended to check the gravity of the targeted planet or moon in the System Map before attempting a landing, as high-gravity worlds can overwhelm ships with weak thrusters and cause them to crash or touch down too quickly and inflict severe or fatal damage.

These are the largest known landable planets without atmospheres in the galaxy.[3]

These are the smallest known landable planets without atmospheres. 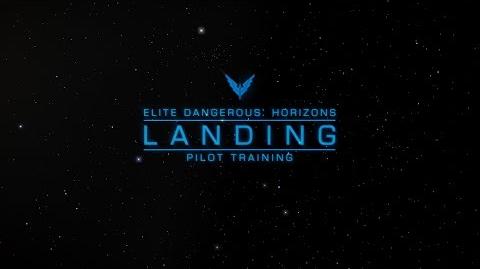 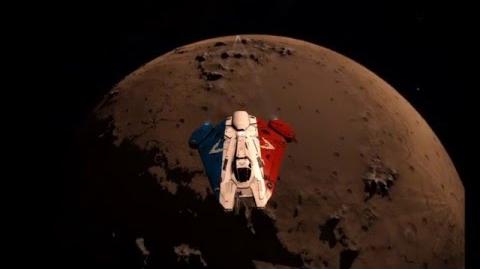 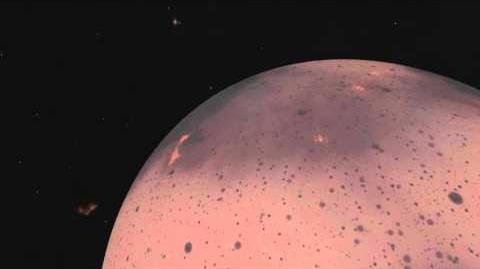 Retrieved from "https://elite-dangerous.fandom.com/wiki/Planetary_Landings?oldid=134177"
Community content is available under CC-BY-SA unless otherwise noted.