Not to be confused with Powerplay (bonds) or Merits.

Powerplay is an ongoing battle for interstellar conquest and control in the galaxy.[1] Powers are powerful individuals and organizations which you can ally with to help guide their strategy, and take on special objectives to advance shared goals. You can even earn valuable perks, reputation bonuses and credits for your allegiance. Your choices and actions have a direct and visible impact on the balance of galactic power.[2][3]

Powerplay was formally announced to launch as the third major free content updates for Elite Dangerous.[2] It was released on June 5, 2015.[4]

Powerplay represents the machinations of powerful individuals and organizations that strive to control inhabited space for their own agendas. At its heart, Powerplay is a battle for territory. Each Power attempts to expand into systems, extracting resources from them in order to pay for continued expansion and protect systems already being exploited. As commanders of space ships, players can pledge support to a power and carry out tasks for them in return for rewards and prestige.[5]

The Core Systems (aka the Bubble) is a sphere of about 150 light years around Sol with 19,000 inhabited systems where powers compete for influence, resources, territory and control. The territory volume is about 13.8 million cubic light years.

Powers are distinct from minor and major factions.

While many powers are aligned directly with major factions, being Imperial nobility or senators, or politicians within the Federation or Alliance, others are not, being independent entities.

Importantly, even when a Power is aligned with a major faction this does not prevent it scheming against its “allies”. Ultimately, every Power stands alone.

Each Power uses a resource called Command Capital (CC) to pay for its endeavours. CC represents a combination of financial, political and social weight that can be channelled into use by the power.

CC is received from systems under the control of a power. The bigger the population of a system, the greater the amount of CC can be exploited from it.

CC is the lifeblood of a power. Without it, the Power cannot expand or protect its territory.

Powerplay runs in cycles, each one lasting a continuous week in real-time.

A cycle represents the amount of time it takes for powers to take significant actions. At the end of each cycle all actions started within it are resolved and the power’s CC reserve for the next cycle is computed.

Powers do not take direct control of all systems they wish to expand into. They instead focus on single systems, dominating them, turning them into control systems.

Every cycle a Power must pay CC upkeep to maintain control systems. The amount of upkeep is directly related to the distance a control system is from the power’s home system. The farther away a control system, the greater the upkeep required to maintain it. A control system automatically collects CC income from all nearby systems within a 15 light year radius. These systems become exploited systems.

Importantly, control and exploited systems cannot be expanded into by other powers.

If a Power begins a cycle with a deficit of CC, it is in trouble as it effectively does not have the strength to maintain control over all of the systems it controls.

When the next cycle begins, control systems already in turmoil will no longer exploit nearby systems for CC income, though their upkeep cost will still be due at the end of the cycle.

Any control systems that started the cycle in turmoil, will revolt at the end of the cycle if the Power is still running a CC deficit. Systems that revolt are no longer controlled by the power.

Note that revolting systems will not address the CC deficit, other systems might still fall into turmoil.

When a Power controls or exploits a system, it doesn’t simply harvest CC from them. It also applies one or more control effects to the systems.

Control effects are varied and dependent on the power, but could include shutting down all black markets, increasing penalties for criminals or legalising/criminalising specific commodities.

There are three elements to Powerplay, called Ethos. These are preparation, expansion and control.

In the first instance, a target system must be prepared for expansion. This preparation may involve different tasks for supporters to complete, depending on the Power involved.

Once a system has been successfully prepared, an expansion attempt may be purchased for the next cycle. Again, different powers require their supporters to carry out different tasks to successfully prosecute expansion.

Supporters of other powers may directly oppose expansion making success even more difficult to achieve. Once a system has been expanded into, supporters may fortify it to reduce its drain on the power’s CC reserves.

Supporters of other powers may undermine control systems making them more expensive to maintain and more likely to revolt.

Any system may be prepared for expansion with the following caveats:

Although any amount of systems may be prepared, a Power is limited each cycle to purchasing no more than 10 expansion attempts. Importantly, its choices are based on the amount of preparation carried out at a system, not the system’s expansion cost.

All systems have a preparation threshold. Until supporters have completed enough preparation tasks to breach this threshold the system cannot be a top ten entry.

Once supporters become influential within a Power they may vote for a preparation top ten entry from the preparation tab to directly increase preparation for it, increasing the likelihood of an expansion attempt being purchased for it.

More than one Power can prepare a system at the same time. In such cases, at the end of the cycle the Power which completed the most preparation gets to purchase an expansion attempt whilst all other preparation fails.

Preparation can occur for multiple powers in systems that would be within each other’s potential 15 light year exploitation radius.

In such cases, at the end of the cycle the Power which completed the most preparation gets to purchase an expansion attempt whilst all other preparation fails.

Preparation and the Galaxy Map

You can use the galaxy map to help you view potential candidates for preparation, by selecting the “Powerplay” view, choosing your Power from the drop down selection then activating the “Expansion” filter.

The Expansion view shows all systems outside your control with the following identification markers:

Rolling over or selecting a system summons an information panel giving more details as well as highlighting all systems that would be exploited if this were a control system.

Powerplay offers some benefits to all players, regardless of participation, in the form of several Power-specific discounts on ships and modules. A Power's discount is applied automatically at all stations in systems where it is available. Note the presence of a discount does not guarantee that all items that it affects will be in-stock.

Players who participate in Powerplay can earn various rewards by earning enough Merits to increase their Rating with their Power. Merits decay over time, so keeping access to the best rewards (other than already-owned Power-specific modules) requires continued support of the Power. Different Powers offer different rewards. 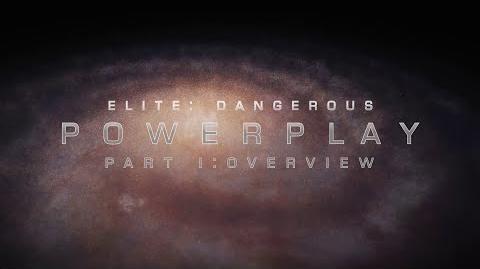 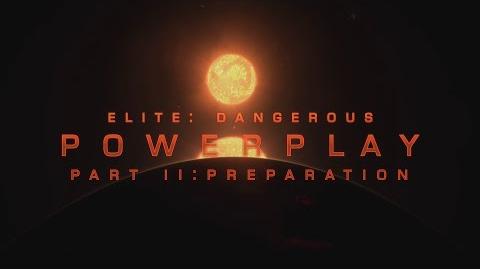 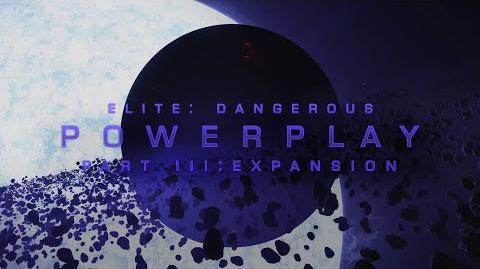 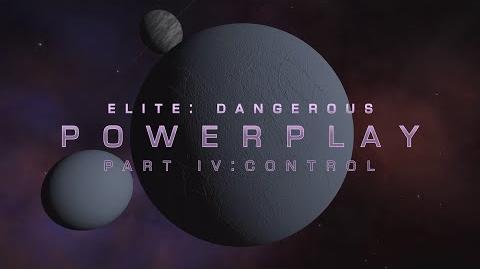 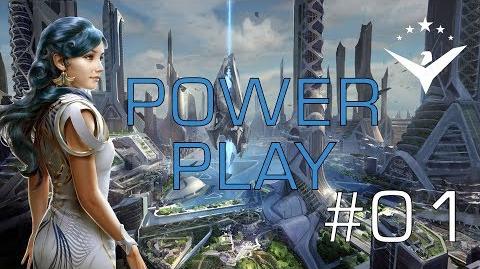 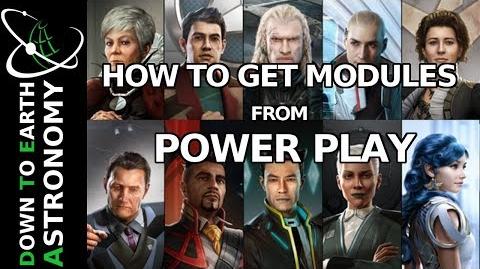 How to get special modules from Power Play in Elite dangerous 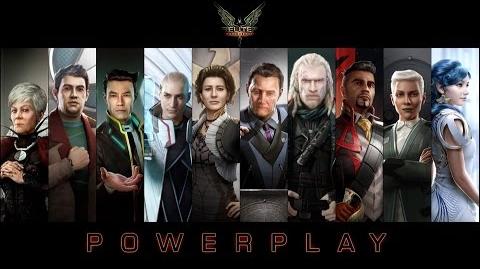 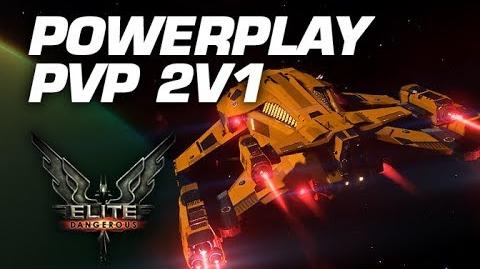 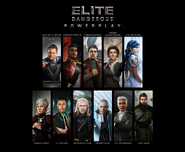 Powers in the Milky Way galaxy

The bubble is where powers compete for influence, resources, territory and control.

The Galactic Power Standing shows an overview of Powerplay. It can be accessed from the right HUD panel. 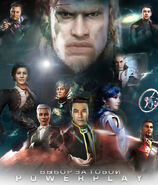