Redeployment of a commander occurs after that commander suffers the loss of their ship, or a critical injury while On Foot. When such catastrophes occur, the commander is quickly recovered by the Pilots Federation Rescue Rangers, allowing them to resume their careers in short order. Before a commander may redeploy, they must review an Incident Report compiled by the Rescue Rangers and choose whether to pay any redeployment costs.

When a pilot is critically injured due to weapons fire or suffocation while On Foot, or their ship is irreparably damaged due to weapons fire, a collision, or overheating, exhausting Life Support, or manual activation of the Self Destruct sequence, the Pilots Federation Rescue Rangers are dispatched to their location. If a commander is critically injured, their body is retrieved and given all necessary medical assistance. If a commander is aboard their ship when it is lost, they are automatically ensconced in an escape pod and jettisoned to a safe distance before their ship explodes, and the Rescue Rangers recover the pod. Once recovered, the commander undergoes the process of Redeployment.

Before a pilot can be redeployed, they must review an Incident Report containing information about their status at the time they were injured or lost their ship, and an accounting of any cargo, unredeemed exploration data, vouchers, or other items and crew that they lost. Any active missions that the pilot had accepted are considered failed and immediately terminated. Pilots retain all of their credits, stored ships and modules, materials, and ranks.

The Pilots Federation insures at least 95% of the full value of a pilot's ship. The pilot can choose to rebuy their lost ship in its entirety, deselect certain modules to reduce the cost, or forego recovering that specific ship loadout and instead choose a free Sidewinder MkI loaned by the Pilots Federation. Criminal pilots may be forced to repay the costs of their accumulated fines and bounties. If a pilot has insufficient credits, they can take out a limited loan from the Bank of Zaonce, but if they still cannot afford the rebuy, they will be forced to choose the Sidewinder and lose their previous loadout.

If a pilot is critically injured while On Foot, they do not incur any redeployment costs or insurance fees.

A loan is available to help pay for the redeployment costs of repurchasing a destroyed ship and loadout if a pilot lacks sufficient funds to cover it. The loan amount cap is tied to the pilot's highest Pilots Federation rank in any category; this maximum includes previously issued, unpaid loans. Loans are repaid automatically by deducting 10% of the pilot's profits from any money that is earned.

Any unpaid loans count towards the maximum of a pilot's next loan. For example, if a pilot qualifies for a 1,000,000 credit loan and uses 250,000 in addition to existing funds to rebuy their ship, then the next time they take out a loan they will only have 750,000 to draw from unless they have paid back some or all of their existing loan, or their rank has increased in the meantime. If a pilot cannot afford to rebuy their ship with their on-hand funds and the loan they qualify for, they may select a ship they have in storage, otherwise they are declared bankrupt and forced to accept a loaned Sidewinder MkI.

Any crew members that have been hired can also be recovered by paying a flat fee that is determined by the crew member's Combat rank.[1]

If a pilot chooses to redeploy in a new Sidewinder MkI and forego their original ship, they will redeploy in the system where they started their career, with one exception: pilots who started in Dromi in the permit-locked Pilots' Federation District and no longer possess the district permit will instead redeploy in the AY Indi system. 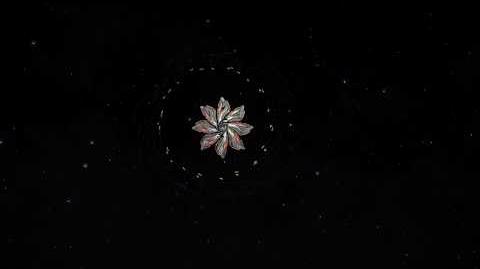 Retrieved from "https://elite-dangerous.fandom.com/wiki/Redeployment?oldid=142913"
Community content is available under CC-BY-SA unless otherwise noted.