Sagittarius A* is a popular destination for explorers and travellers. It is a supermassive black hole of the type found in most spiral and elliptical galaxies. Radio transmissions indicating its existence were first discovered by Karl Jansky.

Sagittarius A*, officially abbreviated as Sgr A* and colloquially as SagA*, is the system in the Galactic Centre region that is recognized as the exact centre of the Milky Way galaxy. It is 25,899.99 light-years away from Sol. The system is home to the only known Supermassive Black Hole, as well as a white B-type star called Source 2. Dedicated explorers are traditionally expected to visit Sagittarius A* at least once in their careers due to its significance, but any pilot can make the trip provided they prepare their ship with long-range travel in mind.

Sagittarius A* was documented by Universal Cartographics at some point, but remained uncharted and unexplored until December 1, 3300, when CMDR Zulu Romeo, piloting the Cobra MkIII Useless Reptile, became the first human to enter and scan the system while scouting a route for the First Great Expedition. A wave of visitors followed beginning on January 8, 3301 with CMDR Erimus Kamzel, and in short order Sagittarius A* became a significant touchstone for explorers and independent expeditions. Its importance was commemorated on October 25, 3302 with the addition of Tourist Beacon 0082 "The Centre", which remains the only permanent artificial structure in the system.

During the Distant Worlds II expedition of 3305, the expedition members constructed Explorer's Anchorage, an Orbis starport, in the nearby Stuemeae FG-Y d7561 system to serve as a research centre and rest stop for visitors to Sagittarius A*. 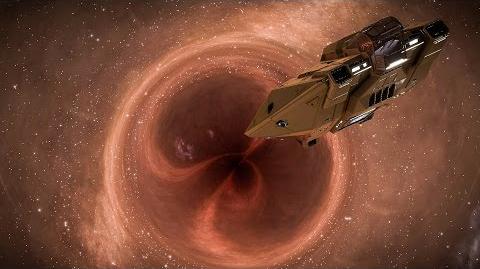 Elite Dangerous Arriving at Sagittarius A* 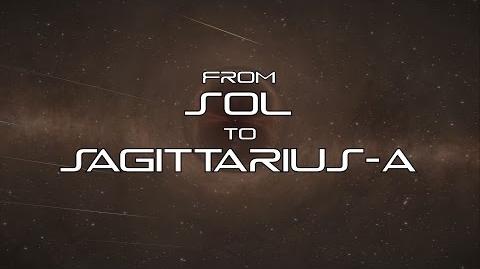 From Sol to Sagittarius A timelapse - Elite Dangerous 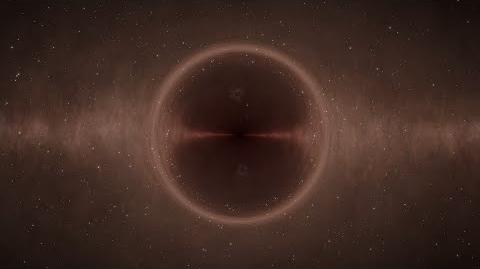 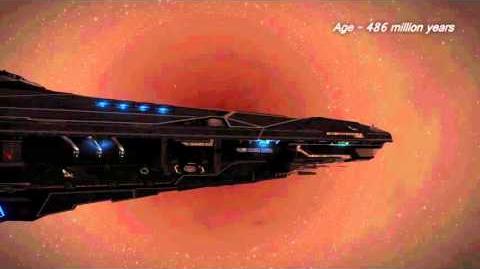 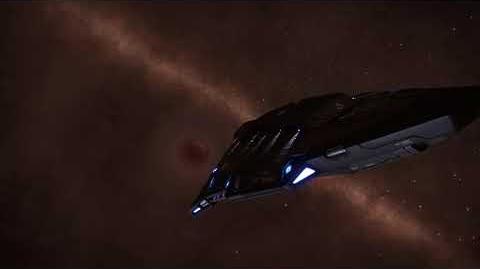 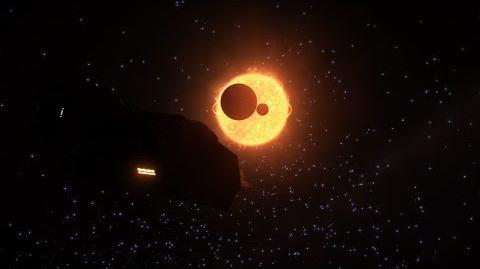 Never coming home part 3 (A Journey to Sag A) 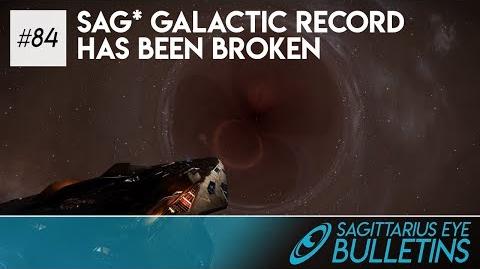 Sagittarius A* at 1 AU

Sagittarius A* and an Anaconda

Sagittarius A* and a Type-10 Defender