The Scavenger is a biomechanical entity of Thargoid origin found at Thargoid Surface Sites. Scavengers have organic circuitry that consists of both organic and mechanical elements. It is unclear whether Scavengers are sentient creatures or mechanical drones made by the Thargoids as workers.[1] However, they have demonstrated only simple behaviors: dismantling or tending to surface areas with Thargoid technology preset, and attacking trespassers. In terms of function, Scavengers appear to bear some similarities with Skimmers produced by humans.

Scavengers are considerably smaller than Thargoid Interceptors, more like the size of a skimmer. They hover above the ground and roam at Surface Sites. They are equipped with some sort of corrosion beam on the frontal area to assemble or disassemble the structure.

They are non-hostile until fired upon. Their only apparent weapon is the ability to spray a lightly-damaging corrosive liquid at attackers, an attack which bears some similarities to the corrosive enzyme missiles used by Interceptors. Scavengers have no defences and do not appear to be designed for combat, and can thus be easily destroyed using conventional SRV weaponry.

Scavengers' role at Thargoid Surface Sites is unknown, but available evidence suggests that they may be breaking down the Surface Sites with their corrosive enzyme so that their raw components can be salvaged. This in turn implies that the Surface Sites themselves are derelict, and possible visual indications of mycoid contamination on them further suggest that they may have been damaged beyond repair during the first Thargoid-human conflict in the mid-32nd century. Surface Sites are also infested with Thargoid Pods, which the Scavengers appear to be tending. 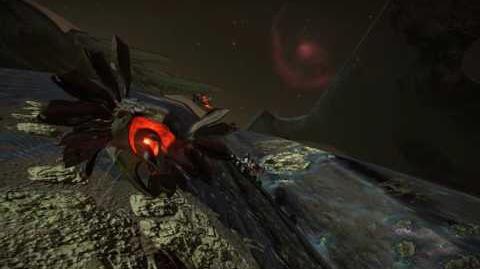 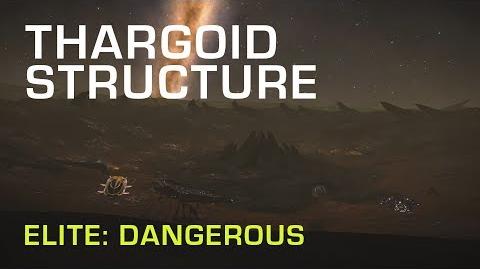 A Scavenger near an Asp Explorer

Rear-view of a Scavenger

A Scavenger attacking an SRV