The Sidewinder MkI is a ship manufactured by Faulcon DeLacy. The Sidewinder was originally released in 2982 as a light support ship and lacked any jump capability until the advent of the Frame Shift Drive, which was compact enough to allow jump-capable versions to be produced. As a small, inexpensive vessel designed to tackle a variety of roles, including light transport and combat, the Sidewinder is often the first ship that a newly-registered Pilots Federation pilot will fly and own. Its dependability, versatility, and agility combine to make it a useful all-rounder and an excellent choice for green and experienced pilots alike. Some independent navies still use the Sidewinder as fighters and patrol craft, and it is also one of the four vessels permitted in the CQC Championship.[1][2]

The Sidewinder MkI is a low-cost starter craft given to newly-licensed pilots. In the event that a pilot loses their current ship, they can elect to accept a Sidewinder on loan from the Pilots Federation if they are unable to afford a replacement for the destroyed ship or do not want a replacement.

Although the Sidewinder is cheap, it is not harmless, and is one of the most agile ships available. In particular, it can out-turn most other ships, being topped in that category only by the Eagle MkII, Vulture, and Imperial Courier, and has solid lateral thrust. It is, however, one of the slowest-moving and weakest-hulled ships available. Only the Anaconda and certain dedicated trading ships have slower maximum speeds, and only the Eagle MkII has a weaker hull.

The Sidewinder is therefore an acceptable ship in combat, but lacks firepower. When flying one, using its excellent turning to lock opponents into circling matches, and burning away opposite of the enemy to escape are advised tactics. When fighting a Sidewinder, keep it at range and lay down heavy fire if the current ship cannot outmanoeuvre it, and it should be destroyed quickly; with a ship that can keep up with its turning, close in and blast away, making sure to stay away from its front. While it has terrible damage output, it still beats out Hauler for damage and is better than Type-6 Transporter and Dolphin in combat, due to superior mobility and cheaper price.

As a trader, the Sidewinder is has the worst performance of all ships. With a cargo capacity of only 12T its rare to find missions that even allow such small cargo transfer. Therefore it is advisable to make profit with data delivery missions instead until either Hauler or Adder become options. The same applies to its role as a miner.

With approximately 24ly of potential jump range before engineering, the Sidewinder is not a terrible option for exploration and can be a good introduction to the role before the Hauler becomes an option. It surpasses several high-tier ships such as the Fer-de-Lance and Type-9 Heavy in the role because of this, but as pilots earn more credits, they should look to better ships than the Sidewinder to serve as a dedicated exploration vessel.

Overall, the Sidewinder fulfills its purpose as a starter ship perfectly. It is capable in most roles, but is one of the worst choices in each individual role, even when specialised for them. The Sidewinder lets pilots come to grips with what exactly they want to do to earn credits before upgrading to something better, though experienced and wealthy pilots may enjoy keeping one on hand for joyriding.

The Sidewinder's two Class 1 hardpoints are located in front of and just below the cockpit, on the ship's frontal surface. The cockpit itself has only a single pilot seat, and the Sidewinder cannot utilise Multicrew.

The Sidewinder is the cheapest and most common ship on the market. It can be purchased at the vast majority of shipyards, and is the only ship available at Detention Centres. 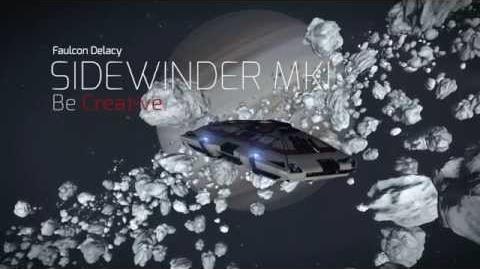 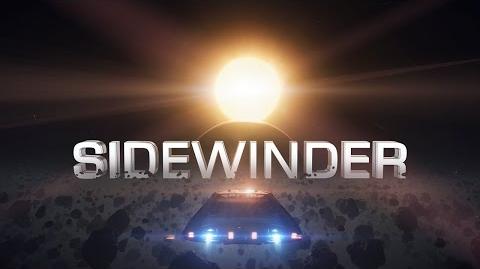 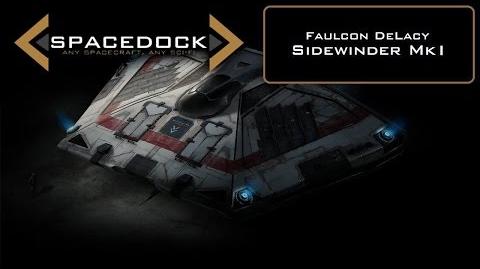 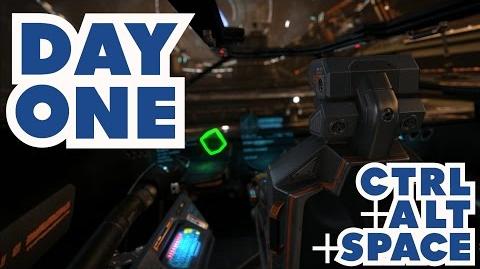 A Sidewinder found adrift in a signal source debris field

A Sidewinder MkI with ship kit

Sidewinder and a planet

Sidewinder underside and a station

Sidewinder MkI in an asteroid ring

Sidewinder MkI mining
Add a photo to this gallery

Retrieved from "https://elite-dangerous.fandom.com/wiki/Sidewinder_MkI?oldid=135822"
Community content is available under CC-BY-SA unless otherwise noted.