These organic structures are distinguished by their tubular shape and vivid colouration.

Sinuous Tubers are a species of Fungal Life that have been found on the surfaces of airless planets and moons across the galaxy. They were originally nicknamed "Tube Worms" by explorers due to their resemblance to tube worms found on Earth.

There are four known types of Sinuous Tuber:

Sinuous Tubers have been found at the following locations. 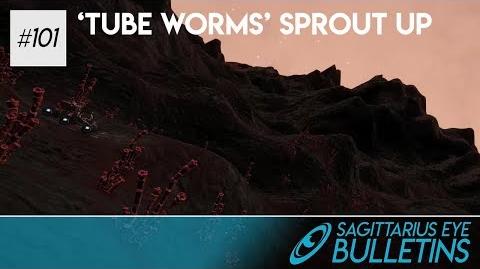 Sinuous Tuber on a planet

Sinuous Tubers
Add a photo to this gallery

Retrieved from "https://elite-dangerous.fandom.com/wiki/Sinuous_Tuber?oldid=131614"
Community content is available under CC-BY-SA unless otherwise noted.