The Milky Way galaxy contains countless different species of organisms, both organic and artificial. However, while life in general is plentiful, sapient life is rare.[1] Only three organic sapient species are currently known: Guardian, Human, and Thargoid.

Sapient species are capable of higher thought and culture. It is the property of possessing or being able to possess wisdom.[2] This goes beyond mere practical wisdom and includes self-knowledge, interconnectedness, conditioned origination of mind-states and other deeper understandings of subjective experience.[3]

Non-sapient species are living beings without the capacity for higher thought and culture for survival. They are sentient with the capacity to feel, perceive or experience subjectively.[10][11] Any creature with a brain and nervous system is conscious no matter how tiny the brain. Some are self-aware and think about themselves as individuals with their own thoughts and personalities.

These are species that are not self-aware. They cannot view themselves as individuals.

The first alien life was discovered on Taylor Colony in the Tau Ceti system around 2160 in the 22nd century.[20] The Tau Ceti colonists ignored Earth's decrees and guidelines such as native ecological preservation and the exploitation of natural resources. The native wildlife was brought to near extinction levels over a period of approximately 20 years.[21] In 2242 The Federation Accord was signed which outlining certain rights and responsibilities for members, uniting many of the new colonies.[22] Now, the last remnants of the Tau Ceti aliens are in zoo enclosures for tourists.[23]

The first non-human relic was found buried on Mars in 2280. The relic is no bigger than a child's hand and still surrounded in secrecy, even in 3300. There's no public information about its properties and origin other than being non-human.[24]

Life in the Galaxy

David Braben said "If you look at galactic history and life on Earth, as a percentage of time it has taken hundreds of millions of years to evolve and a small number of millions of years to evolve sentient intelligent life. By the 21st century humans are not a space faring race yet. So even by the 34th century it's still a tiny slice of time. You can imagine different populations spotting up and you wonder how long we will last which is slightly depressing, but you know we might go beyond. The point I'm trying to make is the chance of two races that are at the point of being able to interact whilst both are still alive is actually small. This is the basis for the story, because the beauty and interesting thing with things like artifacts and unknown probes is that it creates wonderful speculation and that great feeling of discovery. There's a lot of interesting things in the history of the game such as the Thargoids which are mysterious and very dangerous, that have been in previous games, even interacting with them and then suddenly disappeared. So there are a lot of interesting mysteries such as the alien ships with hyperdiction. In the previous games the Thargoids have been a very powerful race. We don't know whether the sightings are real or manufactured. We don't know how peaceful they are so we have to see how that pans out. This is perhaps the first story where millions people interact with the same story. Where people on all the different platforms are cooperating or competing with each other in the same servers and story. How the story unfolds is determined by how players react and what they do."[5]

Michael Brookes said in the Elite: Dangerous Fiction Diary #1: "Alien life in the galaxy is very plentiful. However, sentient life is very rare. So the various races and types of indigenous that was reported in the original elite are considered a dominant species of their planets, but they aren’t sentient species. As far as humans are concerned they’ve only encountered a small number of sentient species. There was a sentient race on Achenar which the people who later became the Imperials wiped out. There’s the alien artifact that was discovered in the solar system. That’s a mystery although we hope to reveal a little bit more about where that came from in the future. And, of course there’s the Thargoids" [1]

A summary of the alien story so far within Elite Dangerous, from the history of the Unknown Artefact to the discovery of the Barnacles. 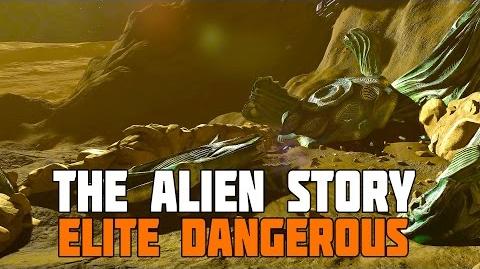 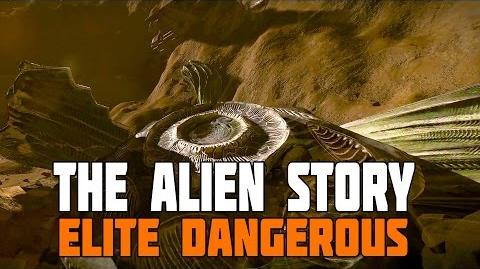 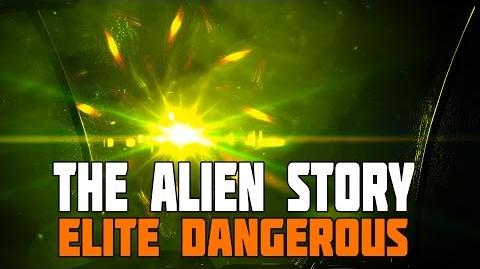 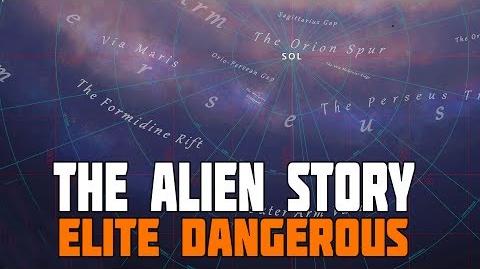 Ancient Ruins of the Guardians

Thargoid Interceptors
Add a photo to this gallery

Retrieved from "https://elite-dangerous.fandom.com/wiki/Species?oldid=125950"
Community content is available under CC-BY-SA unless otherwise noted.