Allows automated docking sequence at all starports and outposts.

The Standard Docking Computer is an optional internal module that automates the ship docking process with a Station or Surface Port. After receiving permission to dock, it can be activated by decreasing the throttle to minimum with flight assist on. It will then take control of the ship and boost, adjust power, and deploy Landing Gear as necessary to guide the ship to its assigned Landing Pad. Automatic docking can be interrupted at any time during the docking process by increasing the throttle or cutting power to the module, which will return control of the ship to the pilot.

To enable the Docking Computer the module must be powered first then a docking request needs to be made to a nearby station. After the request is granted the ship must fly near the docking bay doors and throttle down to zero to enable the Docking Computer. To disable the docking attempt the throttle can be raised to return control back to the pilot.

The Standard Docking Computer is useful for players who find the docking process difficult or tedious. It is especially useful for large ships, as they require more precise maneuvering to pass through the Access Corridor and land on the Landing Pad. For players who tend to maneuver slowly when docking, using the Standard Docking Computer may also prove to be faster than docking manually. Players can opt to activate automatic docking at any time, even while inside the docking bay of a Starport or Asteroid Base.

While the automatic docking process is generally reliable, it is not foolproof. Other ships flying through an Access Corridor at high-traffic stations may not be recognized by the Standard Docking Computer, resulting in accidental collisions followed by fines or ship destruction. Sometimes, automatic docking may decide on an erroneous flight path that travels through objects, such as a station's exterior, which may also result in fines or ship destruction. These are fringe cases, however, and even if they occur, a wary player will still have time to interrupt automatic docking and avoid serious accidents. 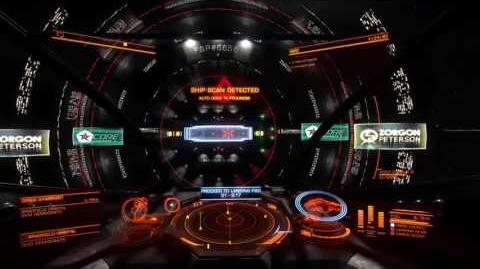 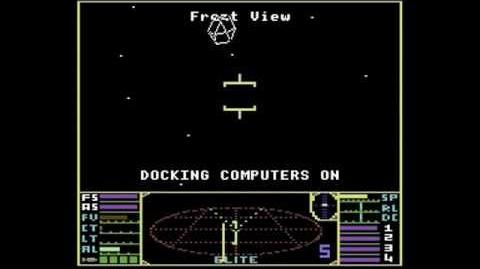 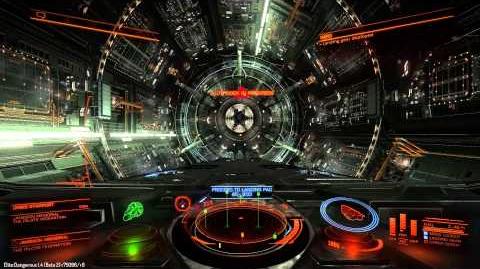 Anaconda being automatically docked in 1.4 Beta

Retrieved from "https://elite-dangerous.fandom.com/wiki/Standard_Docking_Computer?oldid=131542"
Community content is available under CC-BY-SA unless otherwise noted.