The Milky Way galaxy is made up of hundreds of billions of stars, spheres of plasma sustained by nuclear fusion and bound together by the enormity of their mass. The energy from the fusion of hydrogen into helium and helium into other, heavier elements produces heat and light, or electromagnetic radiation. Stars form the center of star systems, in which stars are orbited by planets and other astronomical objects, including other stars. A subset of stars known as Main Sequence stars produce hydrogen-rich coronae that ships can skim for fuel using a Fuel Scoop.

For example, the Sun of Sol has the classification identifier: G2 V

Each identifier consists of three components:

Thus, G2 V means: The Sun is semi hot (G), it belongs to the hotter stars (2) in class G and it is considered as a so called main-sequence star (V).

With a ratio of ~77%[1] of all stars this category can be considered Very Common.[2]

White dwarfs (category D for degenerate) are the collapsed core of a star that has lost a large proportion (~20%) of its original mass as the ejected material of a planetary nebula or in a supernova explosion, the terminal stages of stellar evolution. White dwarfs are not stars because they no longer sustain nuclear fusion, and lacking this interior thermal source of support the star has gravitationally collapsed to a very small radius. White dwarfs glow with the residual heat of the degenerate core, which can have a temperature well above 100,000 K at collapse and that cools over several billion years. Class D is further divided into spectral types[6] that indicate the elemental composition of the photosphere.

Symbols Appended to the Above Designations

The current practice is to append numerical indicators of the white dwarf temperature and surface gravity, separated by an underline "_". Temperature is indicated as the effective surface temperature divided into 50400 and rounded to the first decimal place, e.g. DA.9 = 56000 K and DB1.2 = 42000 K. Gravity is assessed as the width of the dominant spectral lines and the log values range from 7 to 9.

The table below shows the white dwarf subtypes within Elite Dangerous. These do not necessarily match the notation mentioned above (for example, ED uses DAZ which probably should be DZ) but comes very close. The "Rarity" column indicates the subtype rarity within the White Dwarfs spectrum.

These classes are mentioned in the Journal documentation,[4] but none have been submitted to EDSM yet.

Some star systems consist of two or more stars that orbit one or more common barycentres. These are typically referred to as binary star systems in the case of two stars, or multiple star systems in the case of more than two stars. For each star, the others in its system are known as companion stars. The first person who discovered binary stars was German-British astronomer William Herschel. He published the first catalogue of binary stars with measurements of their relative positions to the Royal Society in London in 1782 CE (269 double or multiple systems).[7] A second catalogue was published in 1784 (434 systems) and a third catalogue in 1821 (145 systems).[8] William noted that Newton's laws of gravity also apply outside of the Sol system. His son John Herschel found thousands more binary stars and updated the catalogue.[9]

Binary and multiple star systems are somewhat uncommon in the Milky Way galaxy, but they can present a travel hazard to unprepared pilots as they drop into a new system from hyperspace, as the distance between these stars can sometimes be only a few light seconds. A ship flying between an especially close pair of stars can easily overheat, which can be disastrous for explorers who happen to be thousands of light years away from a station.

Systems with binary or multiple neutron stars are especially rare. The system Dryuae Scraa BA-A g18, near Colonia, is the only known example of a system with two pairs of binary neutron stars.[10]

On rare occasions, stellar objects can host ring systems. This is much more common for Class T and Y brown dwarfs orbiting class B or O stars. Occasionally, Class L brown dwarfs will also host ring systems under similar circumstances. It is very rare for main-sequence stars to host ring systems, and this generally only occurs for Class M red dwarfs. White dwarfs and neutron stars may also have rings, with a similar level of rarity as M classes having rings.

Some of the largest and most well-known stars in the galaxy are listed below, from smallest to largest. They are ordered by solar radius which is the unit of measurement based on the radius of the sun in Sol (695,700 km; 432,288 mi).

The largest known star within 10k ly from Sol is Eta Carinae, located 7500 ly from Sol. The larger of the two stars weighs in at ~90 solar masses. It has a companion at ~30 solar masses (estimates are variable) and they are 750 ls apart at periastron.

UY Scuti and NML Cygni are not included because back in 2013 when the game's galaxy was being crafted, the diameter of UY Scuti had not yet been measured and reported in the popular astronomy press. At that time, VY Canis Majoris was "the largest star in the known galaxy". 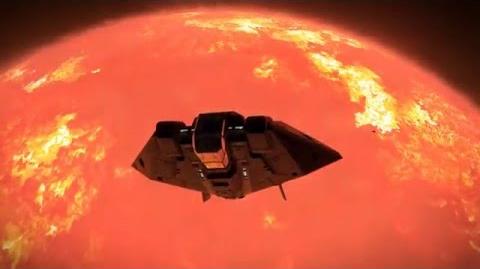 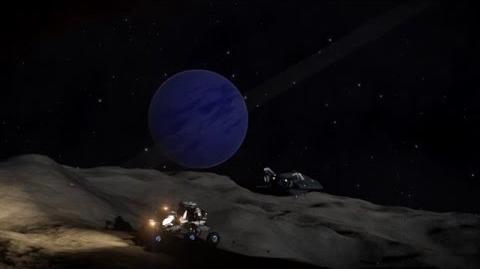 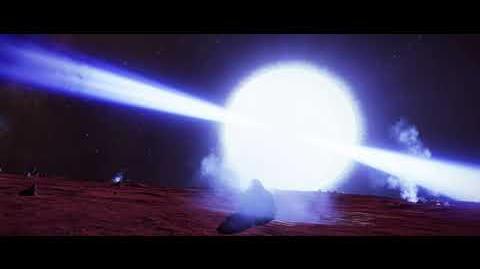 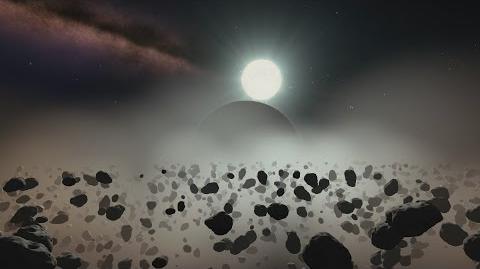