These seed pods are colloquially known as space oysters due to the pearlescent object sometimes found at the centre of the pod.

Stolon Pods (not to be confused with Gyre Trees, which are mislabeled "Stolon Pods" in the Codex as of 3.3.03) are seed pods found in Notable Stellar Phenomena that are produced by Stolon Trees. Thus far, they have only been found in the Outer Scutum-Centaurus Arm.

There is only one known type of Stolon Pod. 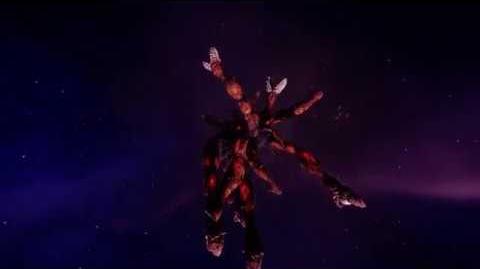