Accessing the map of the current system can be accomplished by navigating to the ship's left side panel and selecting "System Map" at the bottom left of the "Navigation" tab.

Accessing the map for any system with discovered information can be accomplished by opening the Galaxy Map, hovering over the desired system, and then selecting the System Map in the popup.

Unless the player has already scanned all of the celestials in a system, not all information will be available when viewing the System Map. If no data is available then the System Map will fail to open. Available data can be purchased with credits either in the "Cartographics" section of Station Services or via the Galaxy Map (option may be available when hovering over the target system).

Once the map has been accessed the player can pan around with WASD (default) and zoom with the mouse wheel. Available information can be viewed by moving the crosshair over any celestial; by moving the crosshair over empty space the System's general information will be displayed. Any celestials that have not been discovered will be displayed as "Unexplored" - information can be discovered by using Discovery Scanners.

The System Map mode can be switched from the default "Map" to the "Orrery" in the information sidebar. The Orrery shows all the orbits of stars, planets, moons and stations with a proper scale relative to each other. It is possible to zoom in on celestial bodies and signal sources, read descriptions, and access bookmarks.[1]

An additional function of the System Map is the ability to further zoom in to landable planets and moons, and examine their surfaces in detail. This is only available in the default "Map" mode, and not the "Orrery". Any outposts and settlements present on the world's surface can also be selected to display detailed information and plot a travel route. The Planetary Map can be exited by zooming back out to the full System Map.

The type of information displayed varies on the object. 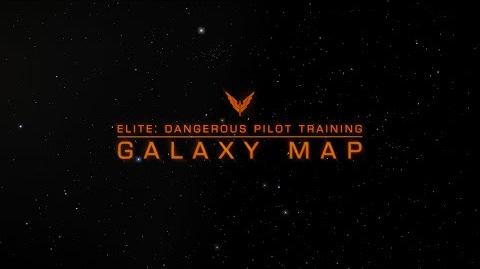 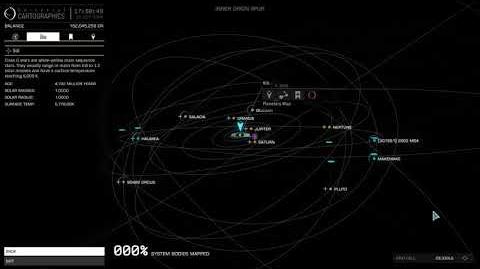