These Thargoid objects are capable of emitting an electro-magnetic pulse that can temporarily incapacitate a starship.

Thargoid Probes, formerly known as Unknown Probes, are devices of unknown purpose created by the Thargoids. They appear to point to Merope 5 C, the planet where Thargoid Barnacles were first found. Activating a Discovery Scanner near a Thargoid Probe will cause it to emit an EMP wave and burst of noise.

On June 26, 3303, it was discovered that Thargoid Probes could be used to open doors in Thargoid Surface Sites, linking the objects to the Thargoids for the first time.

Thargoid Probes spawn in Non-Human Signal Sources. They are guaranteed to appear in sources with a threat level of 0 or 2, and may appear randomly in sources rated 5-7. The latter set of sources are dangerous to investigate as one or more Thargoid Interceptors may be present, and will attack if they detect Thargoid objects within a pilot's cargo hold. Occasionally, Thargoid Probes may also be retrieved from transport ships interdicted in systems with a persistent Thargoid presence or under the effects of an Incursion, or from the cargo bays of damaged Science Vessels and Bulk Cargo Ships that have been attacked by Thargoids.[1][2]

On July 18, 3302 CMDR Rizal made use of the Advanced Discovery Scanner in the presence of an Unknown Probe after targeting it. The Unknown Probe responded by turning on its lights, charging and releasing an EMP shockwave, which in turn briefly knocked out CMDR Rizal's HUD (supposedly to grab his attention). This was accompanied by an audio burst; the Unknown Probe finally "spoke".

The forums were quick to respond, decoding the audio from the video and suggesting various experiments. A map has been drawn from the audio, showing a globe and possible coordinates. With the Unknown Probe pointing at Merope 5 C, many CMDRs are now on the hunt to find the next clue.

On August 17, 3302, the first free-floating Unknown Probe was discovered orbiting Pleiades Sector KC-U b3-1 8, a planet with an ammonia atmosphere, at an "Anomalous Signal" point of interest. This was quickly followed by additional Unknown Probe finds above other ammonia worlds in nearby systems. Finding the Probes above ammonia worlds is significant because it potentially ties the Probes to the Thargoids, who are believed to have originated on an ammonia world.

On August 20, 3302, the Unknown Probe transmission was fully decoded and revealed to contain planetary data such as radius, surface temperature, gravity and atmospheric composition. This transmission was directed at an unknown receiver on Merope 5 C. In addition, the transmission included distance data that, when triangulated, was found to have been measured from the star system Col 70 Sector FY-N C21-3, which is within a group of permit-locked systems that players cannot currently access. It is believed Col 70 Sector FY-N C21-3 may be the origin point of all Unknown Probes, and contain the homeworld of their creators.

On September 26, 3303, Unknown Probes were officially reclassified as Thargoid Probes. 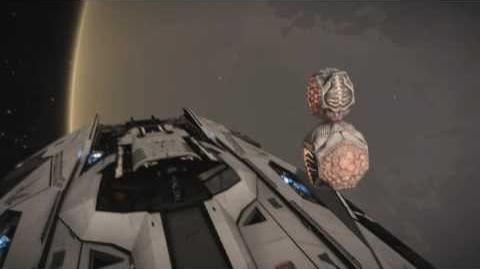 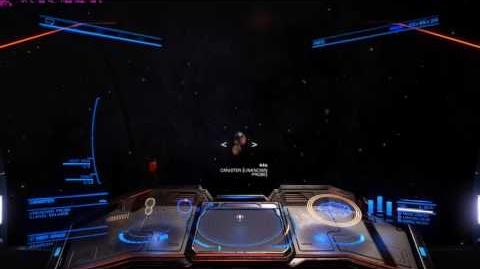 The Unknown Probe shut down my ships! And Talked...