Investigation of rumors, conspiracies, and myths

To the jewel that burns on the brow of the mother of galaxies! To the whisperer in witchspace, the siren of the deepest void! The parent's grief, the lover's woe, and the yearning of our vagabond hearts. To Raxxla!

— Alleged toast of the Dark Wheel[1]

The Dark Wheel is a mythical, secretive organization comprised of exceptional adventurers, explorers, investigators, and treasure-hunters that is said to have existed since the advent of interstellar space travel. Among their many arcane goals, they are thought to be primarily dedicated to finding Raxxla. A minor faction that calls itself "The Dark Wheel" is known to operate out of the Shinrarta Dezhra system, which is also the headquarters of the Pilots Federation, but whether it has a legitimate connection to the Dark Wheel of legend is unconfirmed.[2]

Oh, they're out there alright. I've never met them, but I know they're out there. Think about how well known the stories are. Now think about how easy it would be for some two-bit band of hucksters to pass themselves off as the Dark Wheel and start trading on their reputation. Doesn't happen, does it? Not for long, anyway. Whenever someone tries to usurp the Dark Wheel name, sooner or later they get quietly shut down. And that's how I know.

The Dark Wheel is believed to have existed since the earliest days of interstellar space travel,[2] which would place its founding sometime in the 22nd century, when humanity established its first colony outside of Sol on the planet Taylor Colony in Tau Ceti.

Self-professed "people's journalist" and Dark Wheel expert Lyta Crane has created an extensive archive of information related to the Dark Wheel, and claims that the group was founded in and operated out of a disused starport orbiting the eighth moon of an unnamed gas giant. The station was a toroid design that was kept on minimal power to avoid detection, hence the name "Dark Wheel". Crane believes that this station is still being used by the Dark Wheel to this day, and that it contains records and artefacts that new members can examine to verify that they have joined the genuine Dark Wheel. However, Crane has her share of critics who have accused her of forging evidence for personal profit, and the Dark Wheel's station, if it exists, has never been located.[2]

According to accepted spacer lore, membership in the Dark Wheel is by invitation only, and only the most exceptional pilots of each generation ever receive them. The process of initiation is subtle, and usually involves a disguised member of the Dark Wheel approaching a potential candidate and administering a test of courage and skill. If the candidate passes the test, the examiner reveals their identity and presents an invitation to join the group. Any attempts to contact the Dark Wheel to request membership never produce results. Some dissenting theories claim that new members are selected based on lineage, with Dark Wheel members training and eventually inducting their own children; some members are even thought to take pains to keep their children away from the Dark Wheel for their protection.[2]

Reportedly, the Dark Wheel has yet to locate Raxxla, but sometime prior to 3300 they did locate a mysterious planet called "Soontill" which was a "world full of Thargoid treasures beyond anyone's wildest dreams." This planet is believed to be the source of Soontill Relics, which are exclusively sold at Cheranovsky City in Ngurii. At the time of Soontill's discovery, the Dark Wheel was headed by the pilot Alex Ryder. Alex's two sons, Neptune and Oberon, disagreed about whether Soontill or Raxxla should be prioritized.[3][4]

In 3300, minor faction that calls itself "The Dark Wheel" emerged in the permit-locked Shinrarta Dezhra system, headquarters of the Pilots Federation. The provenance of this minor faction is unclear, and it cannot conclusively be established that it has any direct relationship with the original Dark Wheel.[2]

The Dark Wheel minor faction is known to offer specialized missions, some of which request sourcing or delivering Trinkets of Hidden Fortune or SAP 8 Core Containers, or retrieving "data crystals" containing unknown coordinates from other minor factions for decryption and analysis.[5]

In mid-3301, Imperial Senator Kahina Tijani Loren vanished under mysterious circumstances. Her Imperial Clipper, the Seven Veils was impounded at a Capitol spaceport and found to have been stripped of all valuable equipment. Lady Kahina's Imperial tiara and a small emblem were retrieved from the cockpit. The emblem had the word "Salomé" on one side and an ancient symbol on the other; the symbol apparently belonged to the Dark Wheel.[6] 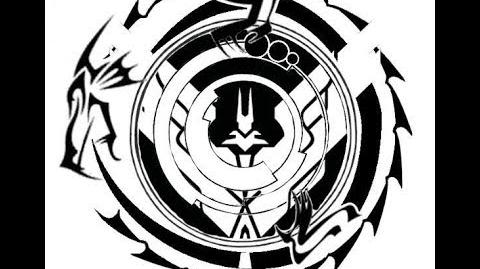 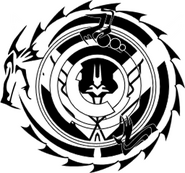 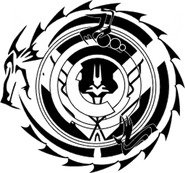 The Dark Wheel novella
Add a photo to this gallery

Retrieved from "https://elite-dangerous.fandom.com/wiki/The_Dark_Wheel?oldid=136099"
Community content is available under CC-BY-SA unless otherwise noted.