The Type-7 Transporter is a freighter that occupies a position between the smaller Type-6 Transporter and the larger Type-9 Heavy. The ship's notable jump range and comparatively low price point range make it a good option for aspiring traders.

The Type-7 Transporter is a ship manufactured by Lakon Spaceways. A dedicated freighter with a classic design, the Type-7 debuted in 3290 and is currently the cheapest large-sized ship on the market. It is slow, but moves significant tonnage for its size and occupies a niche between the smaller Type-6 Transporter and the larger Type-9 Heavy in terms of overall cargo capacity. While larger ships easily eclipse that cargo capacity, the Type-7's appeal lies in its relatively low purchase cost, moderate jump range, defenses, and maneuverability, making it a highly-accessible option for trading.

The Type-7 Transporter is a bulky trading vessel and often the next choice for traders who want to upgrade from the Type-6 Transporter. It features triple the capacity of a Type-6 at a higher price. Due to the Type-7 requiring a large Landing Pad as a result of its tall frame, it cannot dock at Outposts, which somewhat limits its utility compared to medium ships with smaller cargo capacities such as the Federal Dropship, Alliance Chieftain, or Python. The Type-7 is both the cheapest and smallest large-sized ship on the market.

The Type-7 is an excellent shielded or Open Play trader when outfit with Military Grade Composites, a Shield Generator, and Shield Boosters. Its pitch and yaw speed combined with an acceptable base speed and adequate defenses allow it to make a hyperspace jump out of combat or potentially evade interdiction. It is usually a better strategy to submit for a faster FSD cool-down, boost past your attacker, and charge your Frame Shift Drive. The Type-7's Mass Lock Factor is below most medium ships and all large ships. Thus, it is not advisable to jump to Supercruise to avoid an attacker.

In combat, the Type-7, much like other freighters, is not viable. Its hardpoints are outclassed by even the Imperial Eagle or Viper MkIII, which are far cheaper, and significantly more maneuverable. In practice, the top and bottom hardpoints' poor convergence, combined with the weak Class 4 Power Distributor, and even heat problems further limit damage output and hardpoint options. As a multirole or pirate ship, the Type-7 is surpassed by its main competitor, the Python. Even the Asp Scout is a better option for combat, multipurpose and piracy. When outfitting the Type-7 as a shielded trader, it is worth considering equipping no weapons at all for increased speed and jump range.

The Type-7 is a viable exploration ship, with some caveats. With ranges around 30 LY, the ship is very capable of long range jumps and can be very good at long range deliveries or Rare Commodities trading. Unfortunately, the Type-7 struggles to control its heat. It is possible to overheat while fuel-scooping or simply charging the Frame Shift Drive to jump to the next system on a route. Heat can be mitigated by installing an A-rated Power Plant and multiple Heatsink Launchers.

The Type-7 is an adequate miner, perhaps as an intermediate step between an Adder, Cobra MkIII, or Viper MkIV and a Python, Anaconda, Type-9 Heavy, or Imperial Cutter. It lacks any Class 2 hardpoints, which are necessary to install a Seismic Charge Launcher for deep core asteroid mining, so it is only suited to laser mining. While it can accommodate more limpets and cargo space than the Python, its mining speed is limited by its Class 4 Power Distributor and hardpoints. As the weapons capacitor of a 4A Power Distributor can be depleted by only three Mining Lasers, it is possible to install a Sub-surface Displacement Missile with no negative effect.

The Type-7's cockpit is mounted low on the front face of the ship. A large portion of the ship's profile lies directly above the pilot. When manually flying through an access corridor, it is important to keep this in mind. It is not uncommon for pilots new to the Type-7 to crash the top of the ship on the access corridor. This can be avoided by entering the airlock either sideways or lower than normal.

All ships are highly customisable through the Outfitting menu of Station Services. Listed below is the default load-out for the Type-7 Transporter. 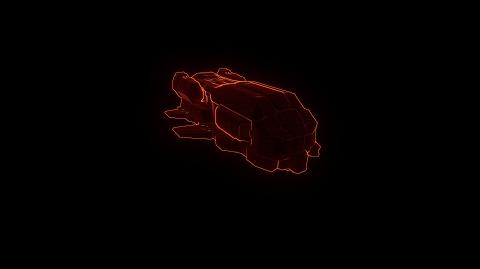 Elite Dangerous Introducing The Type 7... AKA 'The Flying Brick' 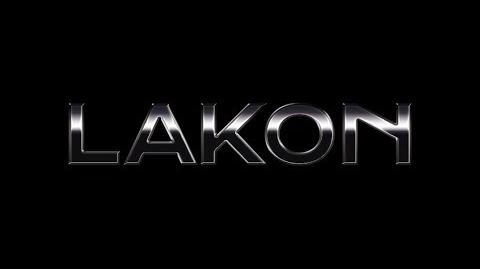 The front mounted small hardpoint on a Type-7 as seen through the side window of the cockpit, with overheating pulse laser